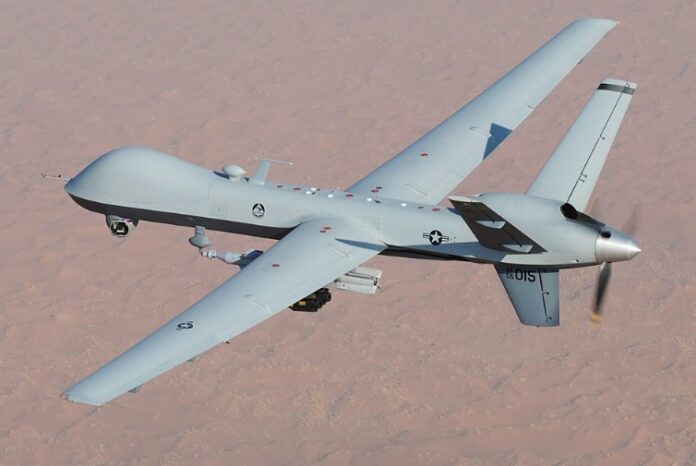 The use of robots in the military sphere is no longer a fiction! They have become an integral tool in peacekeeping as well as combat situations, providing an upper edge in the battlefield with a range of possibilities — from deactivating bombs, reconnaissance missions to precision attacks. The potential of their application, from nanosystems in the bodies of soldiers informing the command center about their readiness to automated circular defense systems of warships, is practically endless.

Robots bring so many significant advantages to the modern battlefield. They include:

Let’s now take a look at the top 10 very popular military robots, UAVs and autonomous weapon systems you should know.

The Dragon Runner is a rugged, ultra-compact, lightweight and portable reconnaissance robot, developed for urban operations. Powered by military batteries, this small unmanned ground robot provides corner views to users moving at a speed of about 5mph in dangerous urban warfare areas and army troop inaccessible environments. It measures around 23cm in length, 20cm wide and 7.5cm tall with a weight of about 14lbs. Dragon Runner is available in two versions — Dragon Runner 10 and Dragon Runner 20. Both can be hand-carried or transported inside a rucksack. They can be remotely operated from many hundreds of meters away, providing protection and safety to their operators.

Boston Dynamics’ AlphaDog (aka Big Dog) is a quadruped robot designed to assist soldiers in carrying heavy gear over rough terrain. Powered by a two-stroke single-cylinder water-cooled engine, it is approximately 0,91 meters long, 0,76 meters tall, and weighs 110 kg. The maximum speed is 6.4 km/h, and it is able to overcome on a 35-degree slope. The robot is ready to go through snow, water, and rocky terrain. Even in rocky terrain, it is able to climb muddy natural paths and deliver a maximum 150 kg of additional weight. The robot has the following sensors which provide the onboard movements: GPS, gyroscope, camera (stereo vision system), LIDAR (follower DPR), engine temperature, speed, hydraulic pressure, temperature, position, dynamometer, battery-charge measuring sensors, etc.

Taranis (also nicknamed “Raptor”) is an unmanned combat aerial vehicle (UCAV), manufactured by BAE Systems. This stealth plane is designed to fly intercontinental missions, carrying a variety of weapons to attack both aerial and ground targets. It is controllable via satellite link from anywhere on Earth. It is capable of undertaking sustained surveillance, marking targets, gathering intelligence, deterring adversaries, and carrying out strikes in hostile territory. This drone, which has a wingspan of 10 meters, can hit speeds of 700mph – exceptionally close to breaking the sound barrier.

Sentry Robot (SGR-1) is a machine-gun wielding robot, built by a subsidiary of Samsung. It has heat and motion detectors to identify potential targets more than 2 miles away. Used in the demilitarized zone, the SGR-1 has a 5.5mm machine gun and a 40mm grenade launcher – although it needs a human operator to give it the go-ahead to fire. Human soldiers can fall asleep easily or allow for the depreciation of their concentration over time. But this robot has automatic surveillance, which doesn’t leave room for anything resembling human laziness.

The PD-100 Black Hornet is a small unmanned air vehicle, developed by Prox Dynamics. This small, remotely-controlled rotorcraft allows armed troops to spy potential threats, offering intelligence, surveillance, and reconnaissance support to armed forces in mission-critical operations. The drone can access remote locations and provides situational awareness on the battlefield. It is fitted with three surveillance cameras concealed within its nose. The autopilot system installed onboard the Black Hornet enables the operator to handle the drone in two modes. The drone can either be operated directly or can be programmed to go through a predefined path using the GPS system installed inside. The digital data link allows the operator to control the UAV within the line-of-sight range of 1,000m.

DRDO Daksh is an electric-powered remote-controlled vehicle used for locating, handling, and destroying hazardous objects safely. This battery-operated robot on wheels was created with a primary function of bomb recovery. It is fully automated and can navigate staircases and narrow corridors, negotiate steep slopes, and tow vehicles to reach hazardous materials. Using its arm, it can lift a suspicious object and scan it using its portable X-Ray device. If the object is identified as a bomb, Daksh can defuse it with its water jet disrupter. It has a shotgun, which can break open locked doors, and it can scan cars for explosives.

Goalkeeper is a close-in weapon system (CIWS). An autonomous and utterly automatic weapon system for short-range defense of ships against highly maneuverable missiles, aircraft, and fast-maneuvering surface vessels, it was developed in 1979 to protect warships against the missiles. Once activated, the system automatically takes control of the entire air defense from surveillance and detection to destruction. It uses a dual locator system to identify and prioritize targets and attack the highest priority threat. It is equipped with a GAU-8/A Avenger 30 mm Gatling gun. The high precision seven-barrel cannon offers full-round defense and is capable of executing 4200 shots per minute.

MQ-1 Predator is a remotely piloted aircraft (RPA) built by General Atomics. This medium-altitude, long-endurance unmanned aircraft system was initially conceived in the early 1990s for aerial reconnaissance and forward observation roles. Later, it was upgraded to carry and fire two AGM-114 Hellfire missiles or other munitions. Powered by a Rotax engine and a propeller, the vehicle can fly up to 400 nmi (460 mi; 740 km) to a target, loiter overhead for 14 hours, then return to its base. It entered the service in 1995 and saw combat in the war in Afghanistan, Pakistan, Bosnia, Serbia, Iraq, Yemen, Libya, Syria, and Somalia.

MQ-9 Reaper (aka Predator B) is an unmanned aerial vehicle (UAV) capable of remotely controlled or autonomous flight operations. This remotely controlled vehicle is a medium-altitude, long-range, armed, and used for several purposes. The first UAV designed for long-endurance, high-altitude surveillance, the MQ-9 is a larger, heavier, and more capable aircraft than the MQ-1 Predator. It can be easily controlled by the same ground systems used for MQ-1. The Reaper has a 950-shaft-horsepower (712 kW) turboprop engine as opposed to Predator’s 115 hp (86 kW) piston engine. This greater power allows the Reaper to carry 15 times more payload and cruise at about three times the speed of the MQ-1.

RQ-4 Global Hawk is a high-altitude remotely-piloted surveillance aircraft, designed to provide a near real-time reconnaissance, surveillance and intelligence information for the commanders, using high-resolution synthetic aperture radar (SAR) and long-range electro-optical/infrared (EO/IR) sensors. It has the ability to move over a large geographical area and detect patrols moving target and designate target. It can survey as much as 40,000 square miles (100,000 km2) of terrain a day. The aircraft can fly a maximum height of 18.3 km, and the range is 22780 km.

Bot attacks: The most dangerous online risks you haven’t faced

How to activate JavaScript on iPhone?

How to protect your home wireless network?

What is cyber forensics? How does it work?

Apple is siding with users in the fight against data exploitation

Cyberbullying – Guidelines for teachers and parents