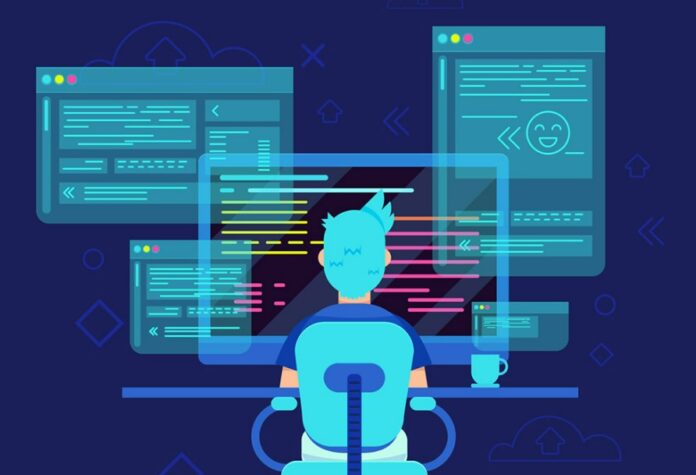 The threats to computer network infrastructure are increasing and constantly changing in every day. Hackers are launching more sophisticated attacks on every possible weakness in our computer network system and trying to damage or crush our security system.

It is crucial, therefore, that companies train adequate cybersecurity professionals to defend their systems and prevent cyberattacks. Vulnerability scanning is one of the initial steps to network defense.

A vulnerability is a flaw or an unintended flaw in software code, application, or service that permits an aggressor to bypass security controls and manipulate systems in ways that the developer never intended.

Vulnerability scanning is a method used by security specialists to seek out weakness in systems, and shield the systems through a compensating security control (e.g., applying a patch, security architecture changes, system or application hardening).

Scanners often use definitions provided by the National Vulnerability Database (NVD) that contains information on Common Vulnerabilities and Exposures (CVE), which is a list of standardized names for known vulnerabilities.

OpenVAS stands for Open Vulnerability Assessment Scanner, which is an open-source, all-in-one scanning framework of many vulnerability assessment tools, offering a comprehensive and powerful vulnerability scanning and vulnerability management. Maintained by Greenbone Networks since its first launch in 2009, it is a full-featured open-source vulnerability scanner with extensive scan coverage. Its main part is a safety scanner, accompanied with a daily updated feed of Network Vulnerability Tests. It’s free for UNIX system, Windows, and alternative operative systems. One of the most powerful security scanners that you can use for free, it can scan thousands of vulnerabilities and offers false positive management of scanning results.

As of July 2020, more than 50,000 network vulnerability tests are conducted on the OpenVAS framework. It relies on the client-server architecture where search, storage, and processing operations occur at the server-side. Network administrators, vulnerability scanners, and penetration testers use the client-side to configure scans and view reports. It helps security teams patch holes using a database of various test plugins, written using the Nessus Attack Scripting Language (NASL). OpenVAS came into existence after Nessus stopped being an open-source tool and changed to a proprietary tool.

Nmap is one of the well-known free and open-source network scanning tools among many security professionals for port scanning, service fingerprinting, and identifying operation system versions. While it is popularly known as a network mapping and port scanning tool, it comes with the Nmap Scripting Engine (NSE) that can help in the detection of misconfiguration issues and security vulnerabilities. It comes in a command-line interface (CLI) as well as a graphical user interface (GUI). Nmap is popular due to its features of flexibility, capacity, portability, and simplicity. It is a flexible tool because a network filled with packet filters, firewalls, routers, and other obstacles can be mapped by Nmap.
`
Nmap uses the probing technique to discover hosts in the network and for operating system discovery. This feature helps in detecting vulnerabilities in single or multiple networks. If you are new or learning with vulnerabilities scanning, then Nmap is a good start. Nmap can be used to scan a network as large as having thousands computer hosts, and even as small as having a single host. It is portable because Nmap is supported by many popular operating systems including Linux, Microsoft Windows, FreeBSD, OpenBSD, Solaris, IRIX, Mac OS X, HP-UX, NetBSD, and Sun OS.

Nessus is one of the popular vulnerabilities management, used by millions of users and more than 24,000 organizations. It covers vulnerability scanning for network devices, virtual hosts, operational systems, databases, internet applications and IPv4/IPv6 hybrid networks. This branded and patented vulnerability scanner, created by Tenable Network Security, is capable of preventing the networks from attempts made by hackers. It can scan the vulnerabilities that permit remote hacking of sensitive data.

The tool offers an extensive range of OS, Dbs, applications, and several other devices among cloud infrastructure, virtual and physical networks. Millions of users trust Nessus for their vulnerability assessment and configuration issues. Some of the great features of Nessus include detailed reporting, compliance & sensitive content auditing, ability to scan IPv4/IPv6 and hybrid networks, deployment as software or virtual appliances and availablility on-premises or in the cloud. Nessus used to be an open source tool and can be found in Backtrack5 (BT5), but it is no longer free anymore. It offers a FREE trial for seven days.

Wireshark is a real-time network protocol analyzer that continuously scans network traffic for vulnerabilities and suspicious activities. This powerful scanning tool is available for multiple platforms such as Linux, Windows, and OS X. Over the years; it has become a crucial part of the security toolkits of organizations for checking networks at a microscopic level, and capturing issues online while the analysis is done offline. It keeps a continuous check on a network’s traffic and converts binary data into a human-readable format with proper structuring. It supports more than two thousand network protocols, and hence, it is a useful tool for network management.

Primarily known as an essential tool for penetration testers for delivering and executing payloads and exploits, Metasploit comes with inbuilt network scanning capabilities that may be useful for organizations. Before 2009, the Metasploit Framework (MSF) was available as an open-source tool. After its acquisition by Rapid7, the company introduced MSF as a commercial tool. However, it does have a free version available with limited features, and it is known as Community Edition. Premium versions are referred to as the Express Edition and the Pro Edition. The free version comes with an easy-to-use Java-based graphical user interface.