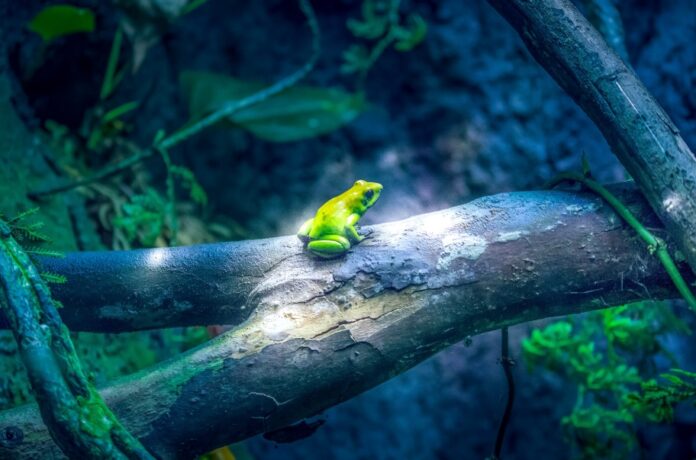 It is with excitement that we welcome you to the future of medicine. An item of fiction has come alive; robots that can heal themselves. Robotics had and still has a lot of potential amount of impact in every conceivable industry. With the creation of the Xenobots, the medical sector is about to undergo a revolution.

Xenobots are robots, but they are different from traditional robots. They don’t have gears, wires, and electricity coursing through them. Instead, they are made with tissues and cells to exist in a specific shape and programmed to perform certain activities. They are artificially created living organisms, alive like a normal biological creature is but artificial.

Xenobots are a wonderful thing, and you can’t be a robotics enthusiast without being interested in the concepts of Xenobots. These bots will change robotics’ face and make robotics more environmentally friendly as these bots are biodegradable. Unlike traditional robots that are made of materials that end up harming the environment and cause health problems, these bots would make the environment better.

It is essential to keep with the latest trends in robotics. You are in luck as this post is for Xenobots, and we promise you that you would enjoy every bit of learning about Xenobots.

Definition of the Biological Robots – Xenobots

Xenobots can be described as living machines and are a perfect blend of robotics and biology. They are bio machines that scientists designed and constructed to execute specific tasks. In essence, they are programmable synthetic beings. Xenobots were made by the scientists at Tufts University last year, and scientists created them from a day-old embryo of the Xenopus Laevis, a species of African frogs. These incredible robots have a spherical shape.

These biological robots are nanobots measuring about a millimeter in length and have between 500 to 1000 cells. The exciting part about these tiny biobots is that they are self-healing. Which means they can heal themselves from any damage that has happened to them. For instance, if you cut a Xenobot into two, it will heal itself and continued its programmed functions.

Xenobots can live on their energy for about 2 weeks using pre-loaded food. They are not dormant creatures capable of linear and circular or zigzag movement. The original Xenobots moved using rhythmic spasms produced naturally. Later, the upgraded Xenobots moved using cilia (a hair-like protrusion).

Usage of the self healing Xenobots

Xenobots operate in a swarm. They show cooperative intelligence and a hive mind as they discharge their programmed functions. Admittedly, the lifespan of these Xenobots, which is about a week or two weeks maximum, does not allow them to perform many functions, but the potential of these bio-bots is enormous.

We are fascinated with the concept of aiding medicine with technology, and our fascination is why we would be dealing with how Xenobots can be helpful in medicine. The primary intention of scientists at Tufts in creating these Xenobots reinforced by our fascination.

The scientists reveal that apart from the potential of Xenobots in other sectors, they are primarily concerned with how the Xenobots can educate human beings on how cells work together to form a larger organism. The scientists believe that this education would produce a system of regenerative medicine, and the advancement of human health and lifespan would become possible. Fascinating, isn’t it? Thus, no discussion about Xenobots is complete if we don’t mention their application to medicine.

It will help if you remember that above, we mentioned that the spherical Xenobots are about 0.04 inches in size. This nano-size makes it possible for human beings to ingest Xenobots. Also, scientists create some nanobots with a hole in the middle for payload delivery. The ability of these biobots to survive in a liquid environment makes it perfect for delivering drugs internally for human beings. The exciting thing about this is that the Xenobots can take these drugs to a specific part of the body to hasten the healing process.

At the above point, we mentioned targeted drug delivery to the parts of the body in need. Imagine the different possibilities that come with using drugs like that. One of these possibilities is the removal of cancerous tumors from your body. Scientists can deploy Xenobots to specific areas with cancer, such as the brain, lungs, intestines, etc. Scientists admit that traditional nanobots could have a hard time in the human body. The reason is the body is programmed to detect and eliminate foreign objects. However, Xenobots made from the patient’s cells can fool the immune system, and scientists can direct them to cancerous tumors.

Plaques are the build-up of fats in the vessels, and Xenobots can help target these fatty build-ups before it does significant harm to the body.

Artificial intelligence plays a role in creating these self-healing nano biobots, but that isn’t truly a cause for alarm as AI isn’t good or bad. The usage of Artificial Intelligence depends on the human being, and as such, there should be strict rules guiding the use of AI.

Apart from the worries of AI, it appears safe to ingest Xenobots as they exhibit signs of intelligence in the execution of their programmed functions. They can’t harm your body as Xenobots can’t reproduce and, as such, can’t multiply in your body.

However, despite the downplay of these worries by some quarters, we still have quite some improvements to make on Xenobots. There have been some reports of Xenobots acting in an unintended manner. While the potential is clear, there are still many kinks to adjust.

Xenobots in Environmental Clean Up

This is possible due to the new characteristics of Xenobots to act like AI. An experiment was carried on these self-healing biobots using exposure to light, and scientists found that they could remember the colors of these lights and react to them. This light detection capability is potentially the foundation for these little self-healing bots to detect harmful materials in the environment.

A little over a year ago, Xenobot 1.0 was created by the Tufts scientists, using the top-down method. This method involved much manual intervention from the scientists as they manually placed the tissue and surgically shaped the frog skin and cardiac cells to allow the Xenobots to move.

Scientists created the Xenobots 2.0 using the bottom-top method. In this method, scientists took the stem cells of embryos of the Xenopus Laevis African frog and let these cells come together naturally to form spheres. These cells would produce cilia (hair-like protrusions naturally found in frogs or humans, in areas such as the lungs) which allowed the Xenobots to move rapidly. Ordinarily, cilia in their natural form are instrumental in fighting off infections or foreign substances in the body. However, cilia help the self-healing biobots to move.

Are these self healing biobots the future of file storage?

Potentially, Xenobots could be our new storage devices. At this point, you might think, ‘okay, that’s a bit of a stretch.” Still, we tell you that it isn’t. Don’t forget that Xenobots are, first and foremost, robots. One of the major characters of a robot is storing information, processing information, and acting on it.

Xenobots have shown the ability to recall the light scientist exposed them to. It means that these tiny bots have the potential to store information.