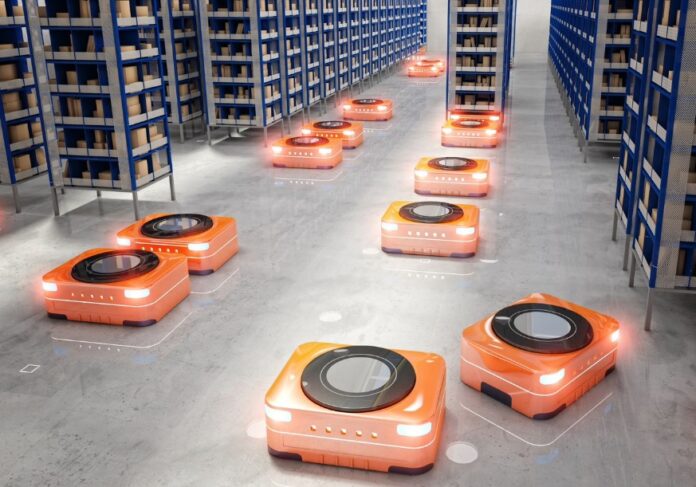 With the rapid development of e-commerce and e-grocery, more companies require automation in their warehousing and logistics chain. Warehouse automation aims to automate inventory movement into, within, and out of warehouses to customers with the least amount of human intervention. A company can eliminate labor-intensive tasks such as repetitive physical labor and manual data entry and analysis with warehouse automation.

We summarize four reasons why mobile robotics is becoming the industrial trend for warehouse automation, based on a market research report “Mobile Robotics in Logistics, Warehousing, and Delivery 2022-2042.”

Fixed automation, which typically involves the construction of large racks and long conveyors, can take months to install and commission. Installation is always time-consuming and expensive, and the automation system providers themselves do not always complete it. While some mobile robots (such as AGVs) rely on fixed navigation infrastructure, setting up laser reflectors, magnetic tapes, inductive wires, barcodes/QR codes, and other components is much easier and take less time. As a result, AGV systems typically take only 2-6 weeks to install. The installation time for autonomous mobile robotic units can be reduced further because robots only need to be shown around the facilities, and no additional environmental changes are required. In most cases, other software initialization can be done remotely or in the cloud. When it comes to initializing mobile robotic systems, the shorter installation period will have a smaller impact on daily operations.

Changing the fixed automation could cost more money and time than installing it, and it could also put the entire production or operation on hold. Mobile robotic systems, on the other hand, are far more adaptable. Even though AGVs require infrastructure, changing fleet tasks only necessitates rearranging markers such as QR codes or magnetic tapes, which is far easier than reinstalling fixed automation. AMRs, on the other hand, do not require any supporting infrastructure and are even more adaptable. Mobile robots are thus well suited to agile material handling and production lines. In addition, the mobile robotic system takes up little or no space in warehouses, allowing for a more complex and flexible material flow path.

It’s difficult to scale the size or capability of fixed automation once it’s installed. However, the fleet size of mobile robots can be easily scaled so that businesses can deal with demand peaks (for example, Black Friday) in the most cost-effective way possible by only scaling the capability for a limited time. Furthermore, mobile robots assist warehouses or factories in maintaining lean operations.