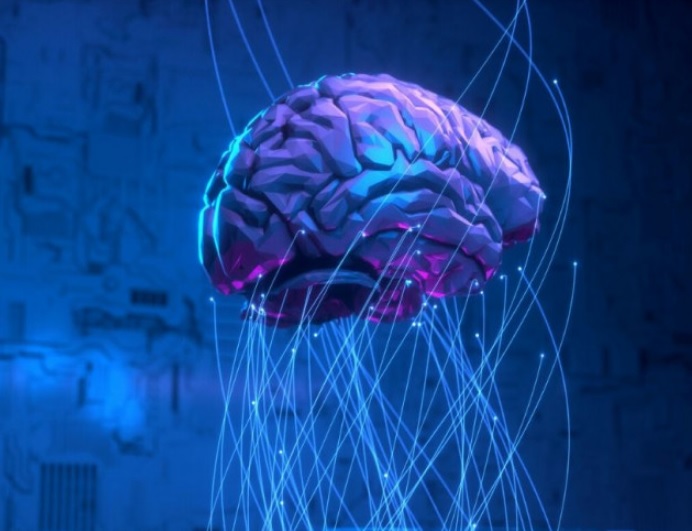 The development of AI is tightly coupled with our pursuit of understanding the human brain. The long-term goal is to emulate the brain by mimicking the causal dynamics of its internal functions that can provide fundamental insights into what it means to be human, develop new treatments for brain diseases, and build revolutionary Information and Communications Technologies (ICT).

Thanks to the convergence between biology and ICT. This goal is today within our grasp with the development of new sequencing and imaging technologies and new microscopy techniques, revolutionizing our ability to observe the brain. Besides, Cloud technology, combined with the Internet, allows us to federate data from research groups and clinics worldwide.

Unlike before, neuroinformatics gives us new means to build, share, and analyze detailed brain atlases to identify missing links in our knowledge and predict the value of parameters where experimental data is still missing. Supercomputers, on the other hand, make it possible to build and simulate brain models with unprecedented levels of biological detail.

These technologies enormously accelerate brain research, opening up roads to new treatments that can prevent or cure brain diseases and to new computing technologies with the potential to revolutionize our healthcare, society, and economy.

However, the major obstacle that hinders the understanding of the brain is the fragmentation of brain research and the data it produces. Therefore, the most urgent need is a concerted international effort to integrate this data into a unified, comprehensive picture of the brain as a single multi-level system.

To reach this goal, many European and international facilities and large-scale research projects, such as European research flagship ‘Human Brain Project’ (HBP), are currently contributing to building artificial brain models or low-energy computing systems, with brain-like intelligence, using neuromorphic hardware circuits that allow near large-scale real-time simulations of neural networks. This post will look at some of those leading international initiatives and projects worldwide.

The Allen Institute for Brain Science in Seattle, Washington, is a leader in large-scale brain research that supports open and public data sharing, tools, and knowledge for scientists worldwide. It was launched as a ten-year project in 2012 to understand the neural code and questions like how brain activity leads to perception, decision making, and ultimately action. The Allen Institute has created a set of large-scale programs to understand the fundamentals of the brain through its components, computations, and cognition. It is coordinating a series of major initiatives to create interactive atlases of the mouse and human brains.

GeneNetwork is a combined database and open-source bioinformatics data analysis software resource for systems genetics. This large-scale NIH-funded genetics project has produced massive genome-to-phenome datasets and analysis tools so far. The system is used by a vast international community in Holland, Germany, and Switzerland. It is already partnering with several EU efforts (COST SysGeNet) and a team at the EPFL.

This large-scale genetics project, funded by the NIH, has produced massive genome-to-phenome datasets and analysis tools. The system, used by a large international community with nodes in Holland, Germany, and Switzerland, is already partnering with several other research teams and initiatives.

The Mouse Brain Library (MBL) is an NIH project that has assembled high-resolution neurohistological data for more than 200 mouse genotypes, using them to study the genetic basis for individual brain structure and functional differences. Basically, the MBL is a database of brain images, consisting of sparse coronal or horizontal sections. Its mission is to systematically map and characterize genes that modulate the architecture of the mammalian CNS.

The Human Connectome Project (HCP) is a massive, unparalleled compilation of neural data that maps the human connectome. The project constructs a map of the entire structural and functional neural connections within and across individuals. The HCP is the first large-scale attempt to collect and share sufficient data to deeply address the fundamental questions about human connectional anatomy and variation.

The BRAIN Initiative (Brain Research through Advancing Innovative Neurotechnologies) is a US initiative that aims to develop technologies to understand brain function. It is a collaborative, public-private research initiative announced in 2013 intending to support the development of innovative technologies that can create a dynamic understanding of brain function. Inspired by the Human Genome Project, BRAIN aims to help researchers uncover the mysteries of disorders, such as Alzheimer’s, depression, Parkinson’s diseases, and traumatic brain injury (TBI).

The Human Brain Project (HBP) is a ten-year scientific research project based on exascale supercomputers. It aims to build a collaborative research infrastructure based on ICT to enable researchers across Europe to advance knowledge in neuroscience, computing, and brain-related medicine. Started in 2013, the project is a European Commission Future and Emerging Technologies Flagship. It directly employs 500 scientists at more than 100 universities, teaching hospitals, and research centers across Europe.

The Heidelberg ASIC Laboratory for Microelectronics is jointly operated by two university institutes and the Max-Planck-Institute for Nuclear Physics (MPI-K). It offers facilities for chip handling and mounting, advanced test equipment for high speed, low noise measurements, as well as a full design, simulation, and verification suite for chip design.

Forschungszentrum Jülich (FZJ), a member of Helmholtz, is one of Europe’s largest interdisciplinary research centers. Focusing on high-performance computing, FZI coordinates PRACE, a major initiative to coordinate European exascale computing. FZJ, one of Europe’s largest brain research centers, addresses digital transformation, particularly when AI is overlapping with innovative high-performance computing (HPC) and neuroscience. The FZJ adopts an interdisciplinary approach based on domain-specific research questions that are intertwined with applied AI.

The Department for Automation at the UPM has an array of industrial robots, teleoperation systems, mobile systems, and comprehensive facilities and expertise for robotics research.

The Robotics and Embedded Systems group at TUM’s Department of Informatics is one of the largest and most well-equipped robotics departments in Germany. The department specializes in developing systems with innovative capabilities for perception, cognition, action, and control.