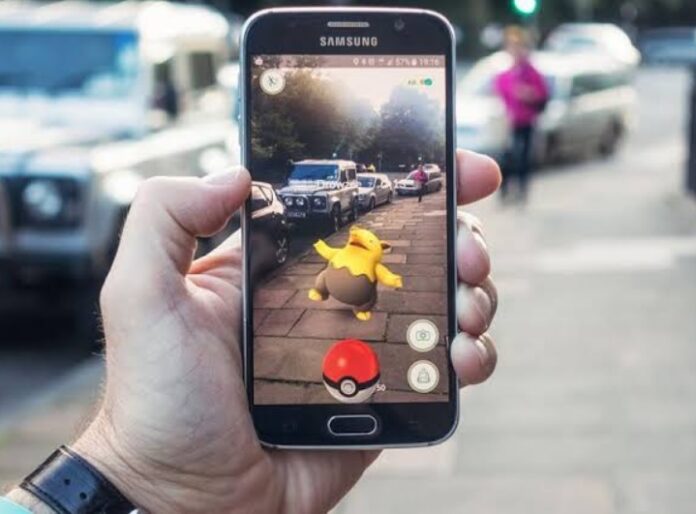 2020 is going to be a big year for augmented reality, especially with Apple. Its CEO Tim Cook just called augmented reality “the next big thing,” adding, “I’m excited about AR. My view is it’s the next big thing, and it will permeate our entire lives. Yesterday, I visited a development company called War Ducks in Dublin – 15 people, and they’re staffing up and using AR for games. You can imagine, for games, it’s incredible but even for our discussion here. You and I might be talking about an article, and using AR, we can pull it up, and can both be looking at the same thing at the same time,” as quoted by 9 to 5 Mac.

As noted by Industry Week, Apple is working on several AR products, including digital glasses that would connect wirelessly to an iPhone and beam content. While those may be a way off, “AR features could show up in the iPhone sooner.” Better for AR investors, the global market for AR products could surge up to 85% to $165 billion in the next four years, according to Global Market Insights.

All of this is creating sizable opportunities for companies, including NexTech AR Solutions, Microsoft Corporation, Snap Inc., Alphabet Inc., and LivePerson Inc.

NexTech AR Solutions, the industry leader in augmented reality, recently announced a significant enhancement by expanding our platform to serve Apple’s. USDZ files alongside the default format GLTF. It will enhance the user’s experience on Apple iPhones by leveraging the built-in Quick look feature for engaging AR experiences launched from Apps and browsers. Previously, its platform was built on the industry-standard GLTF file created by the Khronos group. By offering Apple’s exclusive .USDZ file recognition and others, the company will now be able to work across the entire spectrum of 3D/AR file formats, which opens up substantial new opportunities to the company.

“It has become clear to us that to work with Apple Business Chat and Quick Look, which our partner LivePerson is integrated with, we needed our platform to convert files to the .USDZ file format. Doing this will allow our AR rendering technology to leverage the built-in Apple Quick Look features in iPhones,” Evan Gappelberg, CEO of NexTech, stated. “This enhancement also expands our ability to provide engaging AR experiences from SMS messaging, Facebook Messenger, and Apple Business Chat on iPhone,” he added.

In 2019, NexTech joined the Khronos® Group, an open consortium of leading companies creating advanced 3D standards, and by being a part of that group, adopted the standard GLTF file. Adobe, Deloitte Consulting, Facebook, Google, Microsoft, NVidia, Pinterest, Qualcomm, Samsung, and Shopify are among the tech companies participating in the exploratory group. Now the company is expanding beyond the Khronos Group standard to work with Apple’s .USDZ file as well as other file formats creating substantial new opportunities and use cases.

Microsoft Corporation announced the results for the quarter ended December 31, 2019, as compared to the corresponding period of the last fiscal year. According to the results, revenue was $36.9 billion and increased 14%; Operating income was $13.9 billion and increased 35%; Net income was $11.6 billion and increased 38% GAAP and 36% non-GAAP; Diluted earnings per share was $1.51 and increased 40% GAAP and 37% non-GAAP. “We are innovating across every layer of our differentiated technology stack and leading in key secular areas that are critical to our customers’ success,” said Satya Nadella, chief executive officer of Microsoft. “Along with our expanding opportunity, we are working to ensure the technology we build is inclusive, trusted, and creates a more sustainable world, so every person and every organization can benefit.”

Using Spectacles 3, Harmony Korine transforms Miami into an unbridled dreamscape of sound and color in Duck Duck — exploring the emerging disciplines of wearable cinema, augmented reality, and immersive, spontaneous storytelling. The film’s hybrid reality is brought to life through 3D Effects developed for the film, which will be available to Spectacles 3 users on Snapchat. “Spectacles 3 is a unique format that shifted my perspective on film, narrative, what’s animated, and what’s real,” said Harmony Korine. “By combining a first-person point of view and 3D Effects, the sunglasses inhabit their hyper-personal universe, and helped inspire the multi-sensory experience of Duck Duck – like you can walk into this world when you watch it.”

(i) One hundred thirty-three grants of restricted stock units (the “RSUs”) in respect of an aggregate of 1,320,195 shares of Common Stock, and 17 grants of options to purchase shares of Common Stock (the “Options”) in connection of a total of 540,627 shares, which RSUs and Options generally vest over time subject to the grantee’s continued employment.

(ii) Eleven grants of performance-based restricted stock units (the “PSUs”) in respect of an aggregate of 172,615 shares of Common Stock, which PSUs vest based on the achievement of certain specified performance conditions tied to the applicable grantee’s role with LivePerson.