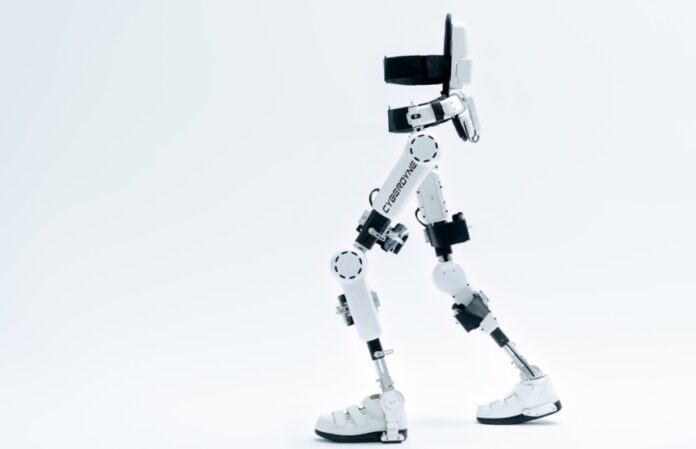 Once a science fiction, exoskeleton has today become a part of the commercialized product family. It is a technology that extends, complements, substitutes, enhances human function and capability, or empowers the human limb where it is worn.

For military purposes, the exoskeletons augment the travel and loading abilities of soldiers. At the same time, in civil applications, they are used to increase an operator’s load-handling capabilities and reduce the occurrence of musculoskeletal disorders or for rescue. In rehabilitation, exoskeletons aim to improve the lost functions and the quality of life of patients with severe or degenerative disabilities and cognitive-motor limitation.

Let’s look at the development of exoskeletons through time, spanning from the late 19th century until today.

Development of exoskeletons – The past

Nicholas Yagn created two of the most antique exoskeletons in the former Russian Empire in the 19th century. “Apparatus for facilitating walking, running, and jumping” and “apparatus to facilitate walking and to run” were the names given to these devices. These exoskeletons are among the world’s oldest designs, if not the oldest. Their modes of operation were purely mechanical, relying on springs and a unique design to redistribute the user’s energy while moving. Both devices were designed to reduce fatigue in people who were walking, running, or jumping. This established the foundation for modern exoskeletons. Even though their designs are no longer in use, the principle on which they were built, task facilitation, lives on in today’s exoskeletons.

At the turn of the twentieth century, another invention was made using Yagn’s principle. Lesley C. Kelley created a device that makes walking and running easier while relieving muscle strain and fatigue. This design was significantly smaller than Yagn’s, which limited the number of activities it could support.

Exoskeleton designs continued to evolve throughout the 1960s. The “Hardiman I,” a full-body powered exoskeleton designed to augment the user’s strength and endurance, was created in 1965 with funding from General Electric and the US Army–Navy. Hydraulic and electrical systems powered this system.

The “Hardiman I” was not the only exoskeleton invented at the time; Neil J. Mizen of the Cornell Aeronautical Laboratory created another full-body powered exoskeleton. Electromechanical actuators, specifically servo-motors, powered this exoskeleton, which responded to a person’s normal movement and enhanced their capabilities.

Because more technology was available at the time, the exoskeleton developed differed from its predecessors. In exoskeleton development, the 1960s were a watershed moment. The advancements were based on previous models’ foundations and were influenced by science fiction. Following this period, subsequent iterations kept certain elements but combined them with emerging technologies of the time. In the decades that followed, advances in science and technology allowed for even more advancements in the field. As a result, many exoskeletons were developed in the 1970s, 1980s, and 1990s, each with its purpose. An arm exoskeleton, consisting of a mobile arm support prototype that assisted with shoulder and elbow movement, was developed in the late 1970s and early 1980s. It improved muscular strength and was used in rehabilitation in some cases. This device was classified as an orthosis with a focus on arm support. Nonetheless, this particular orthosis is an active exoskeleton that is powered by a pneumatic system.

A device similar to Yagn’s was created and patented in the late 1980s. The “Mechanical Leg-Propulsion Assistance Device” was similar to Yagn’s device in that they both had the same goals and operated in the same way. This was a mechanical system that combined with the user’s movement to provide leg-propulsion assistance. This device can be classified as a lower-limb exoskeleton because it improves a person’s leg’s physical performance. The mechanical systems that allow the system to function can also be classified as a passive action exoskeleton.

In the early 1990s, the “Human Bipedal Locomotion Device” was created. Even though it only focused on the lower limbs, this device was designed to be worn on the entire body. This device was designed to assist a person while walking or running, allowing the user to take large steps or do trampoline-like jumps. It was powered by mechanical systems, specifically springs.

Another full-body exoskeleton was developed in the mid-1990s, with hydraulic systems powering the movement and a microprocessor controlling the actuators. This design is an example of a performance-oriented exoskeleton. This exoskeleton exemplifies how exoskeletons have evolved as new technologies have been developed.

Development of exoskeletons – The present

The development of computers and software in the twenty-first century accelerated research in a variety of fields. The exoskeleton field benefited as new technologies, such as modeling and simulation software, became more accessible. The Berkeley Lower Extremity Exoskeleton (BLEEX) showcased the previously mentioned advancements. Originally, the BLEEX project was intended to be a lower limb exoskeleton that could carry an external load in addition to its weight.

This exoskeleton could also support 75 kg, thanks to hydraulic actuators and a control scheme. The BLEEX exoskeleton’s entire design was created using CAD software, which displayed each piece of the exoskeleton and allowed for an error correction phase before manufacturing. It allowed time and resources to be saved by avoiding the production of defective prototypes.

Exoskeleton design has also improved due to 21st-century technology, allowing for more personalized exoskeletons focused on more specific pathologies or movements intended by the user rather than all-in-one exoskeletons. A good example of a unique design is the “Motion Assisting Device.” The design is only supported in the waist and thighs, with the thigh support and the actuator between the two supports propelling the movement.

Exoskeletons are used to treat a wide range of pathologies, traumatisms, degenerations, and malformations, so many different models are available. Exoskeletons can help people with a variety of needs, from full-body to a single joint. The future involves more work in the materials used to build the exoskeleton, its design, and better user control.