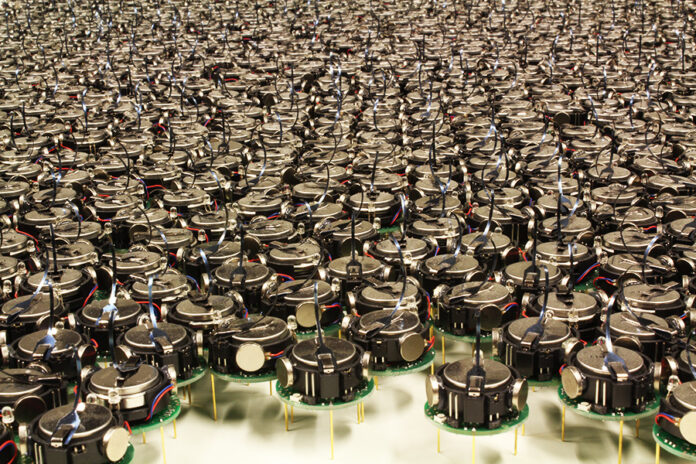 The role of technology can’t be neglected in making people’s lives easier. Several organizations are taking advantage of technological advancements to enhance productivity and boost their efficiency. Similarly, the working of the construction industry has begun to transform as technology continues to provide great insights that make processes simpler.

The construction process consists of various development stages, where each stage requires maximum accuracy and precision. Moreover, the safety of workers must be prioritized. Fulfilling these conditions requires the use of modern solutions, which technology has the key to.

Robots in the construction industry have begun to rise as they can handle repetitive, boring, and dangerous tasks. They help to conduct projects in environments that prove to be difficult for humans to work in. For example, holding off floodwater with the help of dikes in case of natural disaster. With the help of robotics, it’s possible to create various structures through the use of machines.

Currently, robotics has been implemented to create one unit of complex machinery to handle a specific task. As people are assigned tasks individually, robots have been designed similarly. However, greater accomplishments can be expected soon in this important industry through the use of robotics.

How observing nature led to the invention of swarm bots?

For us, working independently seems attractive; however, mother nature shows signs of a unique system. Consider an ant colony. Millions of them may perform their duties simultaneously, hence completing necessary tasks in a short time interval. However, no ant plays a vital role, meaning that if a few of the ants lose their tracks or get eaten by predators, the rest keep continuing with their work.

They don’t depend on a leader for instructions, which would require the ants to stop their work and retreat in case of change in the number of ants. Instead, they can adapt to the changes in their environment or number. Scientists intrigued by this flawless system searched for methods to create a computerized system that provides similar benefits in coordination, toughness and is easy to scale. Hence came the idea of the creation of swarm bots.

Millions of minute blind termites known as workers partake in building the mound, depending on other senses, not requiring any detail about how much the structure has been made. Such mechanisms prove that numerous subjects with limited functionality can collectively make complex structures without the need for head control.

Breakthroughs in swarm robotics: Implications for the construction industry

The team at Harvard’s Self Organizing Systems Research Group applied the mechanism found in termites to create many swarm-bots that can develop a brick wall. First, a blueprint is given, rules are prescribed, and the task is assigned.

Every robot will pick up a single block at a time or coordinate collectively, navigate through other swarm-bots, and place them in the openings available. This process will occur until the wall has been completed.

If one bot malfunctions, the rest wouldn’t get affected; thus, they’ll continue to finish the task. This is because there’s no main control. However, with the application of sensors, these bots are programmed to collaborate while also preventing a collision.

Swarm-bots can use a wide range of materials to build complicated structures, including fibers. MIT’s Mediated Matter Group came up with a brilliant invention based on the swarm mechanism of nature, called Fiberbots. It provides a digital manufacturing platform that uses groups of small bots which coordinate to make fiber-based molds.

The bots can inflate, which helps them to attach to structures that they’re currently building. Then, a motorized base helps them to move along the structure, while a rotating arm helps them spray out fiber around themselves.

This enables them to create strong tubular shapes that settle in the presence of ultraviolet light. When the uppermost part of the structure solidifies, the bot deflates to separate itself from the mound.

To make the next component of the structure, the bot shifts up the prepared tube with the help of the motorized base. These bots can change their direction and design complicated bends and curves. Moreover, they’re able to communicate wirelessly and follow a pre-planned blueprint assigned by the user.

The trends in the usage of swarm tech in the future

According to the experts behind the invention of FireBots, this kind of machinery could prove to be useful in case of emergencies, such as natural disasters. For example, when the need for shelters, bridges, or support structures arises, swarm-bots can be deployed, build anything in just hours.

With the help of swarm technology, the digital construction industry can be revolutionized, as it can allow utilizing various physical materials to convert architect design into reality. Furthermore, through the usage of the swarm and artificial intelligence, various robotic components can gain the ability to become responsive and adapt to changes in their environment.

Thus, this kind of approach provides reliability and efficiency as tasks are divided and conducted cooperatively. As a result, it can result in the production of better and stronger buildings.

Progress in research on the applications of swarm-bots can change the way construction industries operate. Individual machine units are used to handle different tasks of producing final products. This causes the production phase to become time-consuming, and their functionality is limited.

If one part of the equipment stops functioning, the whole machine dies. Whereas swarm-bots are not just responsive but also don’t require a central monitoring system. They’re flexible as they can be used to conduct construction projects in harsh environments where builders’ lives could be at risk.

Arslan Hassan is an electrical engineer with a passion for writing, designing, and anything tech-related. His educational background in the technical field has given him the edge to write on many topics. He occasionally writes blog articles for Dynamologic Solutions.