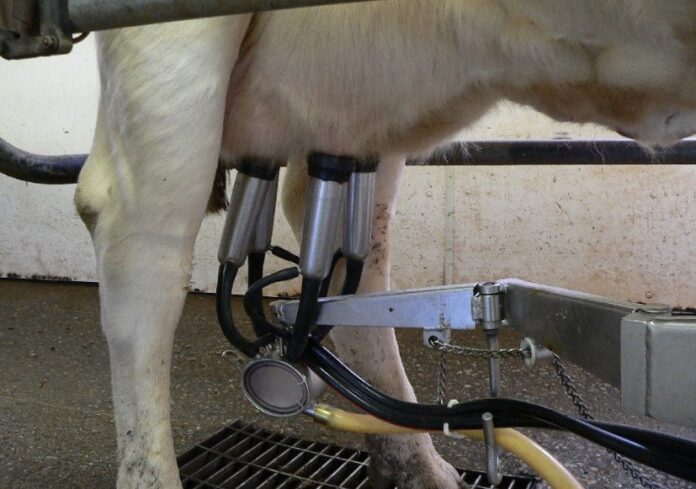 The production of high-quality milk and keeping the herd in good health are the main objectives in primary milk production. An automatic milking system (AMS) seems to be a perfect solution to meet these objectives.

A relatively new way of milking cows, AMS continues to improve and has undergone substantial evolution in the last ten years. Most automatic milking systems use several sources of data to help the user manage milk quality and animal health.

Today’s systems have proven adequate for motivated users to produce the milk of similar or better quality than farms using conventional methods. They have an advantage over human detection in that they can be applied to every cow at every milking and, therefore, provide more consistent and objective surveillance that occurs on many farms that rely on human detection methods.

One of the difficult technical challenges for years is identifying abnormal milk and cows or quarters with an intramammary infection during unattended milking. The Automatic Milking Installations (AMI) – Requirements and Testing, adopted in 2007, distinguishes three categories of milk to be separated from the bulk tank, namely undesirable milk that contains colostrum, withheld milk that may contain antibiotic residues and abnormal milk that is visibly changed in color or texture.

The standard mandates that an automatic milking unit has provisions for detecting, separating, and diverting these milk types before reaching the bulk tank. The standard also states that an AMS should have provisions to detect abnormal milk from an individual cow or quarters and prevent it from being mixed with milk intended for human consumption. However, there is no mention of requirements for systems that are used as aids to human decision-making and action with the decision to divert milk being made after milking the animal.

Typically, the decision to divert undesirable milk and withheld milk is taken before milking. In contrast, diverting abnormal milk is done at any time during foremilking, milking, or after milking. A farmer decides to divert withheld milk at the time of administering antibiotics to an animal. The decision to divert milk is also commonly made by a person using knowledge of the freshening date of an animal and a predetermined interval to avoid milk containing colostrum from entering the bulk tank.

The primary concern for auto-divert systems is poor identification methods that can cause more milk to be inappropriately diverted in false-positive identification. The costs associated with incorrect discarding of milk is very high and often incur high economic losses, additionally causing the subsequent reluctance of farmers to use such systems.

Currently, 37 different sensing systems and devices that collect data for the automated detection of mastitis are available in the market today. They solve several problems associated with various milk quality. But one of the problems still existing is a high concentration of free fatty acids (FFA) in milk from AMS compared with conventional systems. Notably, elevated free fatty acids content hurts the milk flavor and cheese-making process.

According to a study conducted by Justesen and Rasmussen, the level of FFA is higher in milk from AMS than in milk from conventional milking systems. In a Dutch study with 28 farms, it was registered that the concentration of FFA in milk significantly increased after introduction to AMS. Free fatty acids form as a result of lipolysis and can result from physical damage of milk fat globules during milk handling. They may also result from animal-related factors such as health, diet, and milking frequency.

The other two most crucial milk quality parameters are total bacteria count (TBC) and somatic cell count (SCC). Though the installation of automatic milking systems can result in a 5 % increase in milk production, several studies suggest it can also result in deteriorated milk quality, especially increased TBC and SCC.

Though these differences are small and well within the limits of acceptable milk quality, they do point out the additional care needed to maintain good milk quality in automatic milking herds. Notably, higher bacteria counts can occur from a combination of inadequate cleaning of exceptional dirty udders and cooling challenges during the first few hours after milk pick up. Differences in somatic cell count are also relatively small and related to difficulties in detecting new mastitis cases.

In other words, the effect of AMS on milk quality traits is negligible. Overall, the effects of robots on milk production, composition, and quality of milk (SCC, TGC, and metabolite contents) are generally ambiguous.

To sum up, the robotic system is much more reliable than human milkers in identifying cows and discarding milk. This is one area where milk quality from robotic milking herds far exceeds conventional milking performance. Nevertheless, with the steadily growing number of automatic milking systems, the quality of dairy products can be impaired in the future if the problems with milk quality are not solved.