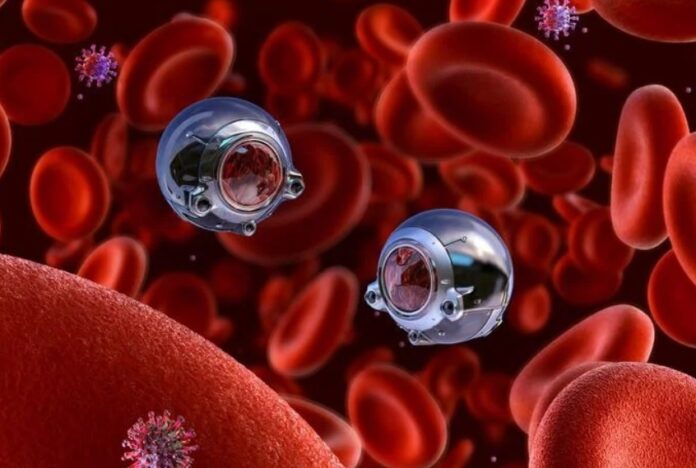 Nanorobotics is a new, advanced, and multidisciplinary field that requires medical, pharmaceutical, biomedical, engineering, and other applied and basic scientists’ scientific and technical expertise: Nanorobots are distinguished from macroworld robots by their nanoscale structures.

These nanoelectromechanical devices, similar in size to biological cells and organelles, can reliably and accurately carry out pre-programmed functions with the help of energy provided by a pre-installed nanomotor or nanomachine. Nanorobots have created exceptional prospects in medical, biomedical, and pharmaceutical applications due to their small size and broad functional properties.

Although there is no technology to build artificial nanorobots, it is now possible to make nanorobots using biological methods. Nanorobots have a divisive and wide range of applications in various fields such as Medicine, Robotics, Environmental issues, Pharmaceuticals, Electronics industry, Engineering, Energy issues, etc.

The substructures in a nanorobot include:

The nanorobot will have motors for movement and manipulator arms or mechanical legs for mobility. The two main approaches followed in constructing nanorobots are Positional assembly and Self-assembly. In self-assembly, the arm of a miniature robot or a microscopic set is used to pick the molecules and assemble them manually. In positional assembly, researchers combine billions of molecules and allow them to self-assemble into the desired configuration based on their natural affinities. Nanorobot Control Design is software that allows you to simulate nanorobots in a fluid environment dominated by Brownian motion. Chemical sensors on the nanorobots can detect the target molecules.