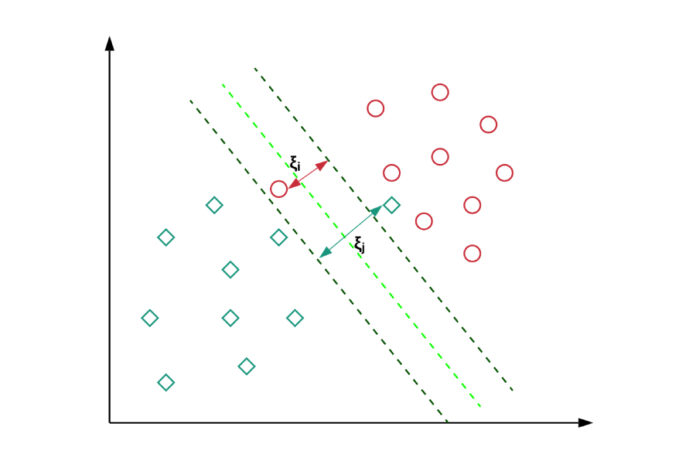 Support vector machines (SVMs) are effective yet adaptable supervised machine learning algorithms for regression and classification. However, they are typically employed in classification issues.

SVMs were initially introduced in the 1960s but were later developed in 1990. SVMs are implemented differently from other machine learning algorithms. They have recently gained popularity due to their capacity to manage numerous continuous and categorical variables.

An SVM model represents different classes in a hyperplane in multidimensional space. The hyperplane will be generated iteratively by SVM to minimize the error. SVM aims to divide the datasets into classes to find a maximum marginal hyperplane (MMH).

The followings are important concepts in SVM:

A maximum marginal hyperplane (MMH) can be found by classifying the datasets, which can be accomplished using SVM in the following two steps: SVM will first iteratively generate the best possible set of hyperplanes that segregate the classes, and then it will select the hyperplane that separates the classes correctly.

All classification techniques have benefits and drawbacks, which vary in importance depending on the data being analyzed and are, therefore, relative to one another. In cases of data irregularity, such as when the data are not normally distributed or have an unknown distribution, SVMs can be useful for insolvency analysis. It can be used to assess data, such as financial ratios, which need to be transformed before being scored using traditional classification methods. The key benefits of SVMs include the following.