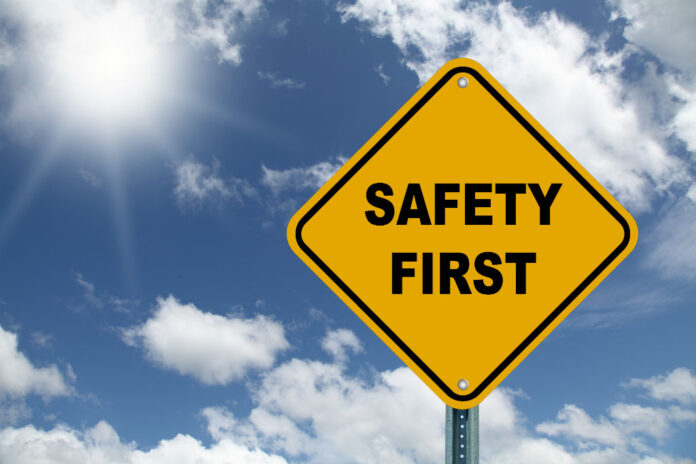 Robots differ significantly from other machines and equipment in terms of operating. They are capable of high-energy, fast, or powerful movements through a large volume of space even beyond the base dimensions of the robot.

If the item being “worked” and the environment are kept constant, the robot’s pattern and movement initiation are predictable. Any change to the object being worked on (for example, a physical model change) or changes in the environment can affect the programmed movements.

Thus, a worker could be struck by one robot while working on another, become trapped between them or peripheral equipment, or be struck by flying objects released by the gripper. A robot with two or more resident programs may mistakenly call another existing program with different operating parameters, such as velocity, acceleration, or deceleration, or position within the robot’s restricted envelope, to find the current operating program. Maintenance or programming personnel working with the robot may not predict this. A component failure could also cause unpredictable movement and/or robot arm velocity.

Other process or peripheral equipment that fails or has errors in its interfacing or programming can pose additional risks. The failure of conveyors, clamping mechanisms, or process sensors and changes in the performed process could cause the robot to react differently.

A robotic arm or controlled tool causes the accident, places an individual in a dangerous situation, an accessory of the robot’s mechanical parts fails, or the robot’s power supplies are uncontrolled are the four categories of robotic incidents.

Human error can result in the robot’s dangerous, unexpected movement or action due to inherent prior programming, interfacing activated peripheral equipment or connecting live input-output sensors to the microprocessor or a peripheral. A common human error is incorrectly activating the “teach pendant” or control panel. The most serious issue is over acquaintance with the robot’s redundant motions, which causes an individual to put himself in a dangerous position while programming or to maintain it.

Control errors include intrinsic faults in the robot’s control system, software errors, electromagnetic interference, and radio frequency interference. Furthermore, these errors can be caused by malfunctions in the robot or robot system’s hydraulic, pneumatic, or electrical subcontrols.

Because the person involved may not be familiar with the safeguards in place or their activation status, entering a robot’s safeguarded area is dangerous.

Electromagnetic or radio-frequency interference (transient signals) should be considered as harming robotic operations and increasing the risk of injury to anyone working in the vicinity. Before starting equipment, solutions to environmental hazards should be documented.

Electrical signals to the control and/or power supply lines can be disrupted by pneumatic, hydraulic, or electrical power sources with malfunctioning control or transmission elements in the robot power system. Electrical overloads and flammable hydraulic oil both increase the risk of fire. Personnel is also at risk from electrical shock and the release of stored energy from accumulating devices.

A robot’s or robot system’s design, requirements, and layout of equipment, utilities, and facilities, if done incorrectly, can result in inherent hazards.

To ensure the user’s safety, all robots should meet minimum design requirements. Several factors must be considered when designing and building robots to industry standards. Rebuilt or remanufactured older or obsolete robots should be upgraded to meet current industry standards. Every robot should be designed, built, remanufactured, or rebuilt using safe design and manufacturing principles. Suppose minimum industry standards do not adhere to mechanical components, controls, methods of operation, and other required information necessary to ensure safe and proper operating procedures. In that case, improper design and manufacture can result in hazards to personnel. It is recommended that robots be designed, manufactured, remanufactured, and rebuilt according to Section 4 of the ANSI/RIA R15.06-1992 standard for Manufacturing, Remanufacture, and Rebuild Robots to ensure safe operation.