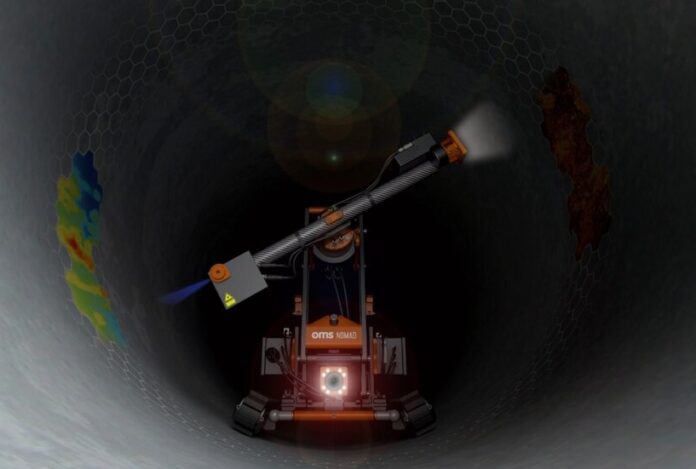 With rock-bottom oil prices that seem unwilling to budge, the oil industry is finally getting some much-needed help from robotics. While the industry seemed to have been left behind by the automation revolution other than a few exceptions like the Iron Roughneck, new demands for efficiency in a market with razor-thin margins are now driving innovation.

Robots are rising to the task of cutting labor costs, and they’re making other improvements along the way. Automation is helping the oil industry reduce the man-hours needed for repetitive and dangerous tasks while keeping operators safe in control rooms.

The debate about robots putting people out of work has been loud and long, but the truth is that this evolution of the industry isn’t just inevitable, it’s necessary. Without robots, the industry would be in danger of collapse in modern conditions.

At this stage, people still control the majority of the machines from afar. From tank cleaning technologies to aerial and underwater inspection drones, robots are increasing workers’ abilities for a lower price than ever before. But in the not-so-distant future, robots will pump the oil, package and distribute it, and maybe even refine it.

In some large multinationals, companies are taking innovation into their own hands, developing robots for their own applications. Elsewhere, robotics-as-a-service is catching on, to offer all the advantages of robots without a substantial initial investment.

With the help of industrial robots and drones, workers are gaining abilities that they didn’t have before or which were prohibitively expensive in the recent past. Much of the current work on robotization in the oil industry is focused on IMR tasks, inspection, maintenance, and repair. Using robots, a single operator is able to accomplish what previously took a whole team, or to complete a previously laborious task in a short amount of time.

Drone aerial inspections on oil platforms and at plants have become ubiquitous. With modern drones, inspection is possible where previously only a helicopter could have gone, and in much greater detail. The same goes for inspection and repairs underwater, as submersible drones become more popular. These types of robots are capable of regular inspection and maintenance, any time that conditions allow.

Compare the costs. A quality multicopter drone could cost less than the price of one helicopter flight and can be used to get steady, close-up visuals for long periods of time, as often as needed. An inspection dive with SCUBA gear requires a lot of setup time, can be dangerous, and can be called off at a moment’s notice due to weather or sea conditions, wasting time and resources. This is an even bigger problem for tasks like underwater welding that call for large amounts of expensive equipment.

Robotics can even fill in the gaps for our attention span! Terrestrial inspection robots are already starting to appear on the market aimed at oil platforms and plants. An inspection robot is a one-time investment that can endlessly cycle through rounds of meticulous inspections, without boredom or fatigue impacting their judgment.

Focusing on IMR might not sound exciting, but automated inspection and maintenance without the possibility of human error can provide big savings in the long run. Downtime on an oil rig or at a plant can be very expensive; automated maintenance helps avoid it.

Work in the oil industry, especially work on rigs, features a lot of “3D” work: dull, dirty, and dangerous. These are the jobs that robots are taking over first, and in the process, they are leading to efficiency improvements.

A prime example of 3D work is tank cleaning, an essential but dangerous task completed by crews working in filthy, hot, secluded conditions—until now. Sludge cleaning robots are quickly taking over this aspect of the industry, and saving lives while doing it. Storage tanks are necessary throughout the petroleum cycle from crude oil storage tanks on ships and aboveground tanks at refineries, to tanks on the tanker trucks and train cars that deliver fuel oil and other petrochemical byproducts.

While crude oil washing operations have been standard on oil tankers for some time, it’s only in recent years that smaller, mobile industrial tank cleaning robots have become available for operations in storage tanks onshore. These robots are small but formidable, handling tools more powerful than a person could while still navigating the small entrances of most storage tanks without a problem.

The fully automated oil industry of the future

While some of these robots may seem like helpful but small additions to the industry, don’t assume that big changes aren’t already arriving in the industry. In 2018 Equinor deployed Oseberg H, a fully automated oil platform, expected to produce 110 million barrels of oil without human intervention, aside from annual checks. That’s right; the company intends to visit the rig only once or twice per year for inspections. There are no living spaces or accommodations for people on the rig, not even a toilet.

The savings are obvious. While human operators are still required to verify inspections with telepresence, these workers can easily work from any convenient location without the need to move them to and from the platform or provide for life there. Hazard pay and other extra expenses are eliminated. Even the price and size of the rig is significantly reduced without the need for living spaces and other human necessities.

There’s more to this revolution than shimmery future-tech, though. As the infrastructure in the industry ages, it requires more frequent maintenance and more thorough inspection. Drone technology, like pipeline cleaning robots or pipeline inspection robots, is arriving just in time for older assets. These machines often go to harsh environments where technology is installed and keep things running, avoiding HSE incidents, and extending the expected lifespan of previous-generation equipment.

The robots in the oil industry may not be in the spotlight right now, but the advantage they provide is evident. Automation is bringing large efficiency gains to the oil industry, and the effects will only grow as more downstream processes become automated. As oil gets more challenging to extract, these savings will be a big help to an industry working on ever-narrower profit margins. As a welcome side effect, from tank cleaning robots to automated oil platform processes, robots are saving human workers from unhealthy and undesirable jobs. Automation is the future of all industries, especially the oil industry included.