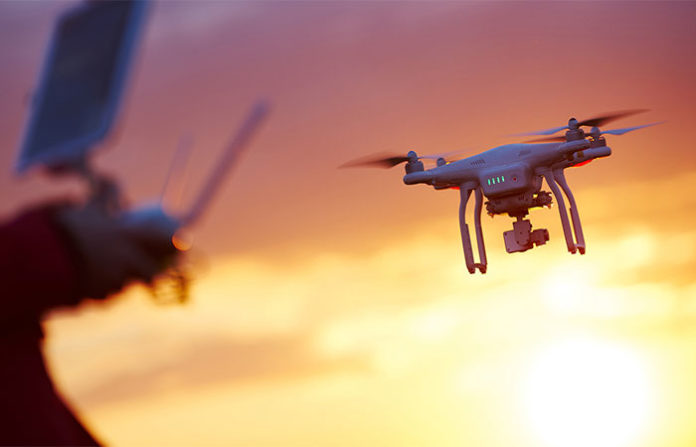 The construction of a drone (unmanned aerial vehicle or UAV) can be both challenging and rewarding although it may be intimidating to build one by yourself because you need to go through a mountain of information before you try anything.

Fortunately, it’s not as difficult as it sounds, and you will be in the air in no time with some practical guidance and skills! A drone consists of several components. In this post, we will discuss all the seven essential components for building a drone.

Though the flight controller can autonomously control the UAV, it is generally a good idea to have a UAV control RC transmitter if something goes wrong and you can fly it manually. The choice of the best transmitter depends on UAV complexity. A handheld transmitter is often sufficient, but it is best to have a base station to help with all controls for larger vehicles. Senders are assessed on their number of channels. The number of transmission channels relates to the number of separate signals that a transmitter can transmit. 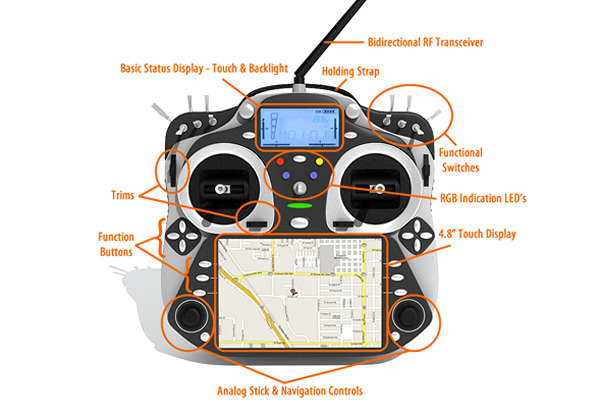 The more complex your UAV, the more transmitters you need. Usually a 7-channel radio is suitable for most UAVs. Also, it is a good idea to check if the radio includes a 3-point switch or variable knob when searching for UAV transmitters. Most autopilots have to switch between different modes of flight. The transmitter is usually supplied with a receiver to be synced. This is often a straightforward process, which can be accomplished as easily as pressing a button.

The frame is an essential part of the aircraft, as the UAV must be light enough to take off, but strong enough to support the whole structure. Personal frameworks are not advisable. UAVs have their own flight dynamics and structural integrity, and designers first find it difficult to understand exactly what is needed. Many frames are to be purchased and highly recommended and tested. Many different frames, each with different purposes, are to be selected. The quadcopter is the most common frame. But for heavier loads, we have Hexacopter and Octocopter. We’ve got the Tricopter for a different look.

The Tricopter is the three-armed UAV, usually between the arms at a 120-degree angle. This is the cheapest model because it needs fewer engines. Since this UAV is not symmetrical, the rear engine is more complicated than the other two to maintain a stable flight. Note that this configuration is not supported by all autopilots.

A quadcopter is a UAV with four arms, the most popular design. The quadcopter is the easiest and most versatile. This design is used by all flight controllers. But if one engine fails, the UAV probably crashes.

A Hexacopter is a UAV with six arms, but the motors can be used on a Tricopter frame. If designed in this way, the configuration is called Y6. If one of the Hexacopter motors usually goes out, the other motors can compensate for it and improve its safety. The use of more motors creates more elevation that enables the drone to lift heavier payloads, but the drawback is usually more costly.

The Octocopter has the same benefits as the Hexacopter. Since there are more motors, it can lift heavier payloads and recover from a failed motor better than a Hexacopter. Octocopter is also more expensive. Another version of an Octocopter which calls X8 the same advantages and disadvantages as an average Octocopter can also be added to a quadcopter.

The motors have an enormous impact on the flight time and how heavy a UAV can be. It is highly recommended that all rotors use the same motor type to perform the same work. Although all motors are the same, their speed can still vary and can even be controlled by a flight controller later mentioned.

DC motors are the most common UAV motors in use because a battery pack provides a DC current, making DC motors the best choice. The critical factor to look at while looking for a motor is the KV rating which determines how quickly it rotates on a given voltage. The desired KV of a multirotor UAV is between 500-1000 KV.

The ESC (Electronic Speed Controller) supports the separate control of each motor. If available, it is essential to look at the thrust rating as well. Thrust is essential for your design since it will be challenging to get off and stay up if your thrust is 2.5 kg only and your UAV is 2.5 kg. Choose the propellers and motors that can give the maximum thrust.

Propellers are clove like blades to create different air pressure. When in motion, they cut the air, creating a pressure difference between rotors top and bottom. The upper side has low pressure, causing the drone to lift into the air. There are different types of propellers in terms of size and materials used. The majority are made of plastic, but the more expensive and the smaller drones are made of carbon fiber. Propellers continue to evolve. They are responsible for the direction and motion of the drone. Therefore, it is essential to ensure that each propeller is in good condition before flying your drone.

The flight controller is the brain of UAV. It helps to stabilize and sync your engines so that even if each motor provides a different thrust, the UAV can stabilize itself. Most controllers can be programmed to take off and fly. It is essential to know the purpose of UAV to give it the correct amount of processing power.

The battery is another critical component of a drone. The right battery mainly depends on your drone size and the number of motors you use. The right battery affects flight time and performance. To achieve the long flight time, you can possibly use the most massive battery (in terms of capacity) with a maximum takeoff weight of your drone. Batteries are the heaviest part on a UAV and are typically mounted at the dead center for the same load of motors. Check the battery discharge rating. Too low a discharge rate (C rate) can damage your battery and cause your drone to fail because the battery can not release current quickly enough for the engines to be powered correctly. Another thing to consider is the physical size of the battery.