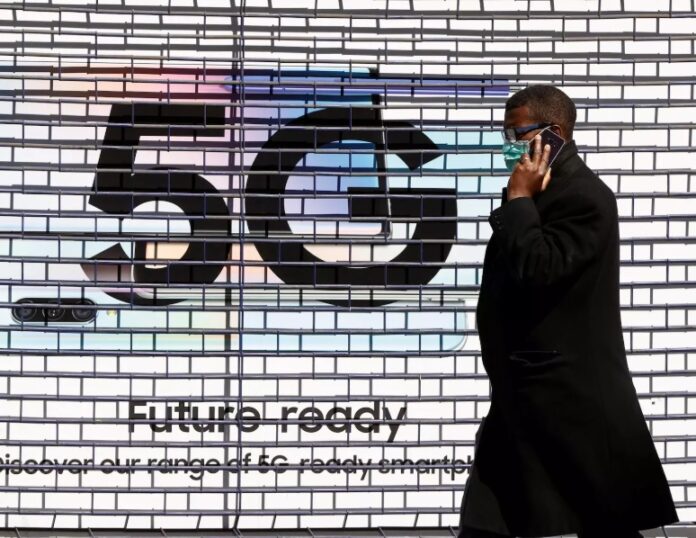 There is an urgent need for the implementation of digital technologies, including the ﬁfth generation (5G) of wireless communication, for a long-lasting economic growth in the globe. However, it is necessary to consider any possible collateral negative impacts.

Taking the economic aspects of 5G into account, there are many challenges ahead on the path to achieving a ‘gigabit society.’ They include concerns regarding the creation of sufficient demand for 5G, technical complexity, necessary investment, security and health, safety, and environmental issues.

The introduction of 5G and the associated IoT will significantly increase the number of wireless devices and high density of infrastructure, that operate in the high-frequency parts of the electromagnetic spectrum, creating a higher mobile data volume per geographic area. The question is if such higher frequencies can have a negative health impact, due to the inescapability of constant exposure of citizens in a 5G environment.

Non-ionizing radiation, which includes radiation from mobile phones and 5G, is perceived as harmless in general, due to its lack of potency. However, scientists point out that, in the particular case of 5G, the issue is not the potency, but the high level of pulsations or the higher frequencies, to which the entire population is exposed due to the dense network of antennas and simultaneous connections.

Global health organizations like WHO, therefore, have recommended exposure limits for both the general public and occupational exposure in most countries, based on recommendations from ICNIRP or IEEE guidelines. These exposure limits are based on proven effects in the form of thermal damage to the biological materials.

Many recent studies illustrate that continuous wireless radiation seems to have biological effects especially considering the particular characteristics of 5G: the combination of millimeter waves, a higher frequency, the number of transmitters, and the number of connections. Recommending a cautious approach as 5G is an untested technology, they suggest that 5G would affect the health of humans, plants, animals, insects, and microbes.

According to the 2019 study ‘5G deployment: the State of Play in Europe, USA, and Asia’ prepared for the European Parliament, long-term technology research is essential. The study states that the main problem seems to be that it is not currently possible to simulate or measure 5G emissions in the real world accurately. This post will summarize some of the critical risks and effects of 5G on the human body.

Several studies show adverse effects on living organisms induced by different types of human-made Electromagnetic Fields (EMFs). A study on insects (Chironomidae) focused on the DNA effects of giant chromosomes of the salivary glands of the animals with different frequencies (64.1–69.1, 67.2, 68.2 GHz). All frequencies, using power densities <6 mW/cm2, reduced the size of a particular area of the chromosome. This, in turn, led to the expression of specific secretory proteins of the salivary gland. Other studies suggest a variety of effects, the most important being DNA damage, which is linked to cancer, aging, neurodegenerative diseases, reproductive declines, genome instability, etc.

The biggest concern is how 5G will affect human skin. Our body has between two million to four million sweat ducts, which can act as an array of helical antennas when they are exposed to wavelengths, i.e., humans become more conductive. A recent New York study that experimented with 60GHz waves stated that the penetration depth analyses show that over 90% of the transmitted power is absorbed in the epidermis and dermis layers. This can lead to physical pain to the skin, skin diseases, and cancer.

An experiment by the Medical Research Institute of Kanazawa Medical University discovered that 60GHz millimeter-wave antennas could cause thermal injuries of varying levels. The thermal effects caused by millimeter waves can penetrate below the surface of the eye. A 2003 Chinese study, meanwhile, has also found damage to the lens epithelial cells of rabbits after 8 hours of microwave radiation exposure.

A study conducted in Russia found that frequencies in the 53-78GHz range that 5G proposes to use impacted the heart rate variability, indicating stress in rats. Another Russian study on frogs, whose skin was exposed to MMWs, found noticeable heart rate changes (arrhythmias).

In 2002, Russian researchers examined the effects of 42HGz microwave radiation exposure on the blood of healthy mice. The study concluded that the exposure of healthy mice to low-intensity EHF EMR has a profound effect on the indices of nonspecific immunity. Another study, addressing the effects of MMW on the immune system of mice or rats, found an activation of the immune system at both the cellular and molecular levels.

A 2016 Armenian study suggested MMW’s effects are mainly on water, cell plasma membrane, and genome. They found that the contact between MMW and bacteria altered their susceptibility to various biologically active chemicals like antibiotics. Notably, the combination of MMW and antibiotics showed that it could lead to antibiotic resistance in bacteria.

An Armenian study in 2016 observed MMWs at low intensity, mirroring the future environment produced by 5G. It conducted on E-coli and other bacteria and stated that the waves depressed their growth, changing properties, and activity of the cells. The fear is that it will do the same for human cells.

Let’s sum up. Though there are plenty of studies on the potential impacts of 5G on human health, they are not clear-cut. Though there is no known mechanism for non-ionizing radiation to have a biological effect, it does not mean it is safe or that no effect exists. Indeed, researchers continue to conduct studies. But for now, everything we know about 5G networks tells us that there’s no reason to be alarmed.