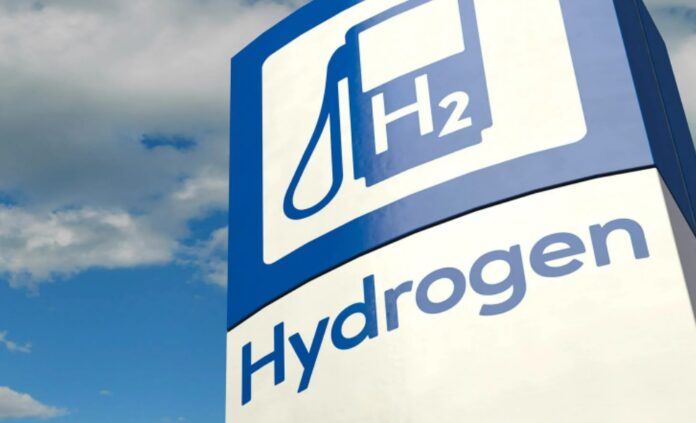 It’s an understatement to say that economies worldwide are gearing up for the capabilities presented by hydrogen development. Goldman-Sachs predicts that the global hydrogen generation market will amass more than €10 trillion (approximately $11.28 trillion)     by 2050.

Enhancing hydrogen development capabilities has become a top global priority. The first element on the periodic table, hydrogen, is a fuel and energy carrier that makes up roughly 90% of the globe’s atomic material. When produced using the process of electrolysis, which entails separating hydrogen and oxygen by passing electricity produced from renewable energy sources through water, the hydrogen is “green.” Of all the potential uses for green hydrogen, its potential capabilities in supplementing 5G networks are near the top of the list.

The biggest mystery behind green hydrogen and its contribution to 5G networks are where the possibilities end between the development of both innovations. For more insight on the relationship between 5G and green hydrogen, along with some appealing hydrogen stocks that could be worth investing in, as a result, continue reading below.

The excitement around clean hydrogen within the landscape of 5G networks reached its apex with the opening of the green smart port at Qingdao New Qianwan Automatic Container Terminal. After years of development, the world’s first hydrogen-powered 5G port opened for operations in east China’s Shandong Province in 2019.[1] The port is capable of using intelligent systems to load and unload containers.

It uses almost 100 pieces of automated equipment, including unmanned guided vehicles and hydrogen-fueled high-speed rail cranes. According to Li Yongcui, a general manager at the terminal, the bridge crane and rail cranes transmit control and video signals remotely via 5G. This enables the unmanned driving of the equipment, which is essential for the port’s daily operations. Before using hydrogen power, diesel and electric power fueled operations. The port now uses hydrogen, making it the ideal use case for hydrogen and 5G technology working in conjunction with one another.

Among other pioneers within the clean hydrogen, fuel space is the startup hydrogen stock GenCell Energy.     GenCell has a deal in place with a top-tier European telecommunications company that will allow for the implementation of a GenCell hydrogen fuel cell-based solution at one of its active cell towers. The hydrogen fuel cells are believed to be a cost-effective, reliable option for backup power while allowing users to maintain 5G connectivity.

The arrival of GenCell’s backup power supply is yet another example of how 5G and Hydrogen can be mutually beneficial for one another. More players staking their claim within the clean hydrogen space include Stratospheric Platforms, who joined forces with Deutsche Telekom, a German telecommunications company. Their plans entail building hydrogen-fueled flying base stations.

The hydrogen-powered stations are meant to offer 5G network coverage to people using their mobile devices during flights. They also have the potential to boost connectivity for people who reside in remote locations. A test flight of the system was performed above the German state of Bavaria, which revealed greatly increased speeds for a 4G LTE network (such networks are the forerunners for 5G). The test findings resulted in the realization that a 4G LTE device would be capable of reaching download speeds of 70 Mbps and upload speeds of 23 Mbps. Those speeds are considerably faster than typical 4G LTE upload times.

Those aren’t the only companies making waves within the world of hydrogen 5G solutions. Another of the most intriguing hydrogen stocks available currently is Ballard Power Systems.     Ballard Power Systems signed a collaboration agreement with Eltek Nordic, a Norwegian power conversion company, to offer backup power solutions to 3 different nations: Norway, Denmark, and Iceland.

Time will tell how far green hydrogen stocks can go in cooperation with 5G companies. But given how new the space is, it’s likely that the list of hydrogen stocks that are worth exploring will only increase from here.

Quantifying the impact 5G hydrogen solutions could potentially have is quite challenging. Still, telecommunication research firm STL suggests that hydrogen-fueled 5G networks have the potential to contribute to a 10-30% decrease in mobile carbon emissions throughout England by 2035.

This offers even more hope that there’s the possibility for hydrogen and 5G to work collaboratively to lower carbon emissions. Also intriguing is the fact that 5G could have the ability to catalyze green hydrogen breakthroughs throughout the entirety of the fuel industry.

According to the Head of Wireless Presales and Business Development for Hitachi, Kalina Barboutov, there’s been an increase in the number of drones and inspection robots used in production and quality control. This comes as the technology becomes capable of reaching higher levels of work efficiency than human employees.

Those resources are also beneficial since they help keep humans from dealing with potentially dangerous work situations. Even though wired infrastructures have been commonplace in the past, 5G is both cheaper and more scalable, according to Berbaoutov.

There are many reasons to be excited about developing green hydrogen and 5G technology. They will both be instrumental in helping each other fulfill their full potential, but they’ll also be crucial in lowering carbon emissions while driving innovation.

Cooperative innovation between hydrogen and 5G tech is still in its earliest phases, with plenty of room for development. That’s why exploring hydrogen stocks today may benefit you in the long run. When searching for green hydrogen stocks to invest in, you’ll need to do your homework. Regardless, adding some exposure to hydrogen to your portfolio could be a decision that you’ll be glad you made for decades to come.