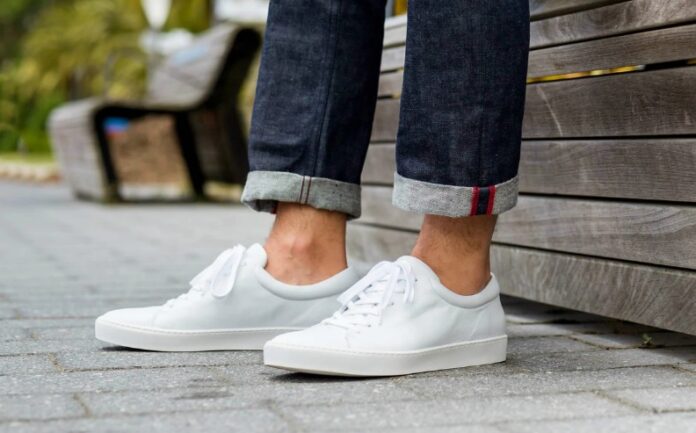 It’s no secret that some people are crazy about sneakers. There are avid collectors out there paying a lot of money for limited-edition models, and the reseller market is very active.

But did you know that there is a whole underworld of sneaker resellers working around the clock to get their hands on limited new releases before anyone else?

They’re behind all those auctions you find on eBay shortly after a new model has launched. And while you might assume that their job is as simple as just placing a few items in their shopping cart and then turning around to resell them on eBay, their job is actually quite complex. And, from a technical perspective, really impressive.

What Are They Doing Exactly?

Sneaker resellers write their own bots (or less commonly, use pre-made ones) that crawl around official launch sites for new sneaker models, and try to get a purchase order in before anyone else, as soon as something new goes live. That’s why it’s so difficult to obtain those limited models on your own. You may have tried clicking that “add to cart” button, only to see “out of stock” literally seconds after the official launch. Sneaker resellers use a lot of tools to get the job done – most importantly, proxies.

How do proxies work for sneakers, you might wonder? Simple – they allow a reseller to use a single computer to watch multiple offers from a rotating list of IP addresses, avoiding restrictions like rate limitations. Check this resource out for more information.

Why Have I Never Heard of This?

You might assume that something like this is common knowledge. But the truth is that sneaker resellers put a lot of effort into staying under the radar. They have active discussions in their own private Discord servers and Telegram groups. But beyond that, you would rarely find conversations on the topic in the public space. Even within those private communities, most sneaker resellers have an active interest in keeping their methods secret. That’s because in the end, they’re all directly competing with each other. This makes these communities that much more fascinating – despite the fact that everyone is competing for those purchases, there’s still a strong sense of camaraderie in there.

Sounds Simple – Why Isn’t Everyone Getting Rich from This?

Just because the concept is simple it doesn’t mean that the actual job is. It actually takes a lot of effort to become good at this. You need strong technical skills – including advanced programming – and some specific resources. Those include proxies (specifically premium ones), servers to host their bots and databases, and sometimes a network of people to sell the goods on different marketplaces. All of this takes time and patience to build up, and the job does require some financial investment too.

Not Everyone Approves of Resellers

If you start digging into the subject, you’ll quickly find lots of different opinions about what resellers are doing. Some people consider them a natural consequence of the free market and don’t mind their actions. Others claim that resellers contribute nothing positive to the economy and are just exploiting their technological aptitude for personal profit. But in the end, it’s hard to say objectively which of those positions are true.

One thing is certain though – resellers are constantly under attack by many people in the public space. This includes both consumers and companies targeted by their practices. Sony, for example, recently found themselves in hot water over their inaction against people reselling the newly-released PlayStation 5, who were taking advantage of limited production numbers.

And that could lead to some changes in the future. UK government representatives recently brought up the idea of making reselling illegal unless it fits certain criteria. But it would definitely take a lot of time for something like this to materialize. Because in the end, reselling products is a normal part of the modern marketplace, and restricting it would have to come with some very specific definitions. It probably won’t take long for resellers to figure out how to work around that law and go on with their work.

It’s Not Too Late to Get in

With all that in mind, if you’re interested in this whole market, it’s not too late to jump in yourself. As long as you have some strong technical skills and a little money to spend, you can get up to speed pretty fast. But keep in mind that your learning progress will depend largely on your involvement with some closed communities. This means that you’ll need to be patient and respectful. Remember that nobody has any obligation to help you. And when they do, they are actively undermining their own chances because they’re bringing yet another competitor into the game. But don’t worry – as long as you’re not obnoxious and know how to behave in such circles, you should be able to find the information you need.

We live in exciting times. Reselling is slowly starting to surface from its previously concealed state, and it will be interesting to see how the market changes in response. It’s a very lucrative occupation, but it also takes a lot of work before you start seeing any real success.