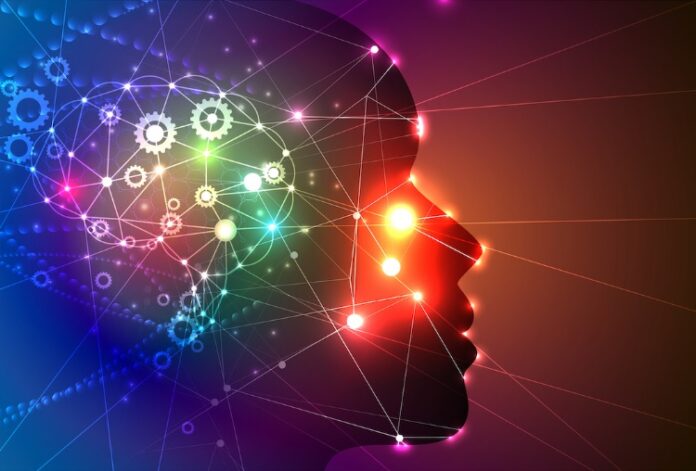 These electronic devices are placed on the outside or inside of the brain or central and peripheral nervous system of people to record and stimulate activities in a wide range of clinical disorders.

Interfaces, placed inside the brain or body, are known as invasive or implanted technologies instead of external, non-invasive, or wearable devices. They are used to treat a range of medical conditions. Some treatments have been established in medical practice for decades. These include cochlear implants used to help thousands of people with hearing loss, stimulators to aid stroke recovery, and deep brain stimulation (DBS) for essential tremor, Parkinson’s disease, and dystonia.

The cochlear implant is the most extensively used form of internal interface today. It is worn by more than 400,000 people worldwide to enable them to experience hearing despite damage to parts of their cochlea or inner ear.

Other treatments are being explored in the laboratory, such as transcranial direct current stimulation (tDCS) for depression. Others are in the early stages of medical use, such as DBS used for epilepsy or the ‘Mollii Suit’ body garment that delivers electrical stimulation to people with muscle spasticity caused by conditions such as stroke or cerebral palsy.

This post will look at some of the top invasive and non-invasive brain-machine interface technologies available to patients in the world today.

Multiple electrodes are placed on the head, typically using a web or cap, which picks up electrical signals created when neurons, or brain cells, send messages to each other. EEG is often used to record brain signals as the equipment is very portable. EEG is used to diagnose conditions that produce distinctive patterns, such as epilepsy, sleep disorders, and coma. Gamers also use EEG to control movement using brain signals.

MEG records brain activity by picking up magnetic fields produced by electric currents. MEG has historically required the patient to remain still with the head encased in a bulky scanner, but new ‘wearable’ helmet devices have now been trialed. MEG produces more accurate recordings than EEG.

fMRI provides high-resolution images by measuring changes in blood flow in the brain, requiring the patient to lie inside a large, expensive scanner. fMRI has provided insights into memory, language, pain, learning, and emotion. Besides medicine, fMRI has been used as a lie detector and for ‘neuro-marketing,’ for example, indicating differences in brain activity when people knowingly drank Coca-Cola as opposed to unlabelled ‘coke.’

fNIRS is a relatively new technology that detects neural activity by measuring blood flow patterns revealed by changes in near-infrared light. Unlike fMRI, fNIRS can be worn while a patient is standing or moving and is less sensitive to the user’s head movements. Studies indicate that fNIRS could have benefits in diagnosing brain injury and that fMRI and fNIRS could help investigations of brain function.

MMG detects muscle movement via microphone-type sensors embedded into a wearable garment. Feedback is provided to people with movement disorders to encourage rehabilitation. Experts believe such systems hold great promise, not just for therapy, but also for understanding the causes of loss of function and recovery mechanisms.

FES devices directly deliver electrical pulses to nerves to stimulate movement in muscles that have become paralyzed or weakened. A typical control box is around the size of a pack of cards, with a battery and electrodes. People with movement disorders widely use many FES treatments.

tDCS delivers constant and direct low current impulses using electrodes placed on the head. Medically, tDCS is used to treat conditions such as depression and pain and stimulate movement. Recently, there is a surge in interest in using tDCS to enhance cognitive processes and movement in people without health conditions. Trials of tDCS have suggested it helps the brain form connections, but no evidence yet exists from large-scale systematic research.

TMS uses a coil close to the scalp to produce a changing magnetic field. It can be used to activate or disrupt activity in the brain, which can help scientists understand these areas’ role. TMS is effective in treating drug-resistant depression. In several countries, it is an approved, safe treatment, and it is available to the patients.

Some research has been done whereby people’s brain signals and movements have been picked up using EEG and wearable technology, with FES delivered in response. For example, this combination can record a person recovering from a stroke’s arm movement, deliver stimulation to improve it, and then reduce stimulation as their typical ability recovers.

ECoG uses an array of electrodes placed directly on the brain’s exposed surface to record electrical activity from the cerebral cortex, typically in preparation for epilepsy surgery. ECoG was developed to treat people with severe epilepsy, identifying regions of the brain that generated seizures for removal. ECoG has generally been used as a short-term intervention, but specialists are conducting tests to determine whether systems could be implanted and used for long-term recording and stimulation.

Cortical implants are interfaces such as the ‘BrainGate’ system, inserted directly into the brain’s cortex, which transmit signals to a device located on the outside of the head that sends them on to external objects. They can also be used to stimulate activity. Cortical implants are currently limited to laboratory research. They have been trialed to restore sight or hearing, improve cognitive functions, and enable people who are paralyzed to move cursors or objects using brain activity.

Neural dust consists of wireless, battery-free miniature implants fitted with sensors and stimulators and powered by ultrasound. Developed by the University of California, Berkeley, the current prototypes are around three millimeters long, and researchers are trying to bring the size to submillimetre levels. In experiments with rats, researchers found that neural dust implanted in the leg could record and transmit electrical data.

Neural lace (a term coined by novelist Ian M Banks in 2000) consists of arrays of tiny electrodes, placed on polymer wires or threads, which can be injected into the brain. Neuralink has announced the development of arrays of threads, each much thinner than a hair, with as many as 3,072 electrodes per array distributed across 96 threads. It has also built a neurosurgical robot that is yet to be trialed on humans – capable of inserting six threads together, carrying 192 electrodes into a brain in one minute, and avoiding blood vessels.

Neuropixels probes are a new type of multi-electrode array that can simultaneously record the activity of hundreds of neurons. The use of nearly 1,000 electrical sensors positioned along with a probe thinner than a human hair to access many regions of a brain simultaneously. Two Neuropixels probes have already been shown to record simultaneously from over 500 neurons in five regions of a mouse brain. Neuropixels have been developed through an international collaboration largely funded by medical charities by a group of research teams.

Stents are medical ‘scaffolds’ initially designed to hold open blood vessels, for example, to prevent blockages that lead to heart attacks. Stentrodes are stents with electrodes on their outer sides injected via catheters into blood vessels in the brain in an outpatient procedure. The electrodes are pushed against the blood vessel wall, from where they record brain activity. Multiple applications are possible, from the treatment of neurological conditions to mind control of a wheelchair.

Optogenetics offers a new way to stimulate neurons, using light rather than electrical current. In optogenetic treatments, cells are injected with harmless viruses containing microscopic opsin proteins activated by light. Optogenetics offers an unprecedented level of precision as individual cells or circuits can be targeted with exact timing. Following successful animal trials, small-scale human trials have begun in the USA.

A cochlear implant (CI) is a surgically implanted device that provides a sense of sound to people with severe to profound hearing loss. The implant has an outside component fitted with microphones that detect sounds and convert them to electrical signals transmitted to an internal component which stimulates hearing cells in the cochlear nerve.

DBS is carried out by inserting electrodes into deep regions of the brain. The electrodes are typically connected to a battery-powered implantable pulse generator (IPG), implanted just below the clavicle or in the abdomen, which stimulates or blocks signals as needed. DBS has been approved in the UK for people with Parkinson’s disease, dystonia, and tremor, and is being tested for people with Tourette’s syndrome and obsessive-compulsive disorder. Worldwide usage has included chronic pain, treatment-resistant depression, and drug-resistant epilepsy.

In VNS, leads delivering electrical current are wrapped around the left vagus nerve that runs from the brainstem to the abdomen and is connected to an implantable pulse generator (IPG) under the collarbone in an outpatient procedure. Pulses activate neurons and release neurotransmitters such as noradrenaline, leading to changes in brain networks. Dosage levels can be adjusted from outside the body using a magnetic wand. VNS has been applied most widely in the treatment of drug-resistant epilepsy, but it has also been used to treat depression and substance abuse.

Retinal implants are arrays of microelectrodes (25 – 100) that are surgically attached on or beneath the retina’s surface. They generate signals from incoming light that bypass damaged photoreceptors and stimulate the retina’s remaining cells, typically providing partial restoration of vision. Retinal implants have been used to treat people who have lost sight due to retinitis pigmentosa or macular degeneration.

Vestibular implants are used to artificially restore vestibular function – which supports balance – in people with bilateral vestibular loss. They consist of motion sensors; an electronic processor that transforms that data into electrical signals; and electrodes implanted near the vestibular nerve branches that transmit the signals to the brain.