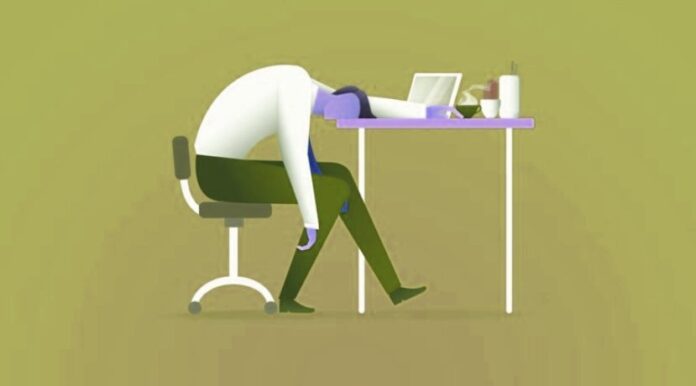 Monitoring and detecting fatigue in the work environment is essential to improve worker safety in today’s world, where the concepts of a “job” or work have changed drastically with new work shifts and other negatively influencing factors in the labor market, such as increased work intensity and time pressure, which can increase the stress and disrupt the biological clock and circadian rhythms of workers.

Physical exhaustion is a major factor in work-related accidents in the oil, gas, and construction sectors. Additionally, fatigue is seen as particularly dangerous in industries where workplace safety is of utmost importance, such as public transportation, healthcare, and other sectors.

Fatigue’s effects can range from minor, infrequent symptoms to serious, incapacitating symptoms, and they can even cause chronic fatigue syndrome. The immune system may become weakened by persistent physical fatigue. Studies show that fatigue and overexertion are to blame for 33% of all work-related musculoskeletal illnesses and injuries in the construction sector in the United States.

This implies a link between physical and occupational fatigue and several diseases. Because of these potential repercussions and the possibility that individuals may not accurately gauge their level of fatigue, it is crucial to monitor it immediately or in real time.

Additionally, doctors may mistakenly conclude during routine field examinations that fatigue measured in the field is not severe and will not result in certain illnesses, necessitating this real-time measurement and assessment.

Although fatigue is a common symptom, its persistence can be a dangerous alarm sign for serious health issues. The fact that different scales were used to measure physical fatigue makes it impossible to compare the findings of different studies, even though there are numerous instruments for measuring it. The methods also have flaws, can occupy workers’ time and attention, and—most importantly—cannot detect fatigue or its effects in real-time.

Monitoring and tracking of some vital signs and biomarkers, such as heart rate, heart rate variability (HRV), skin temperature, electroencephalogram (EEG), electromyography (EMG), jerk metrics, and others, are necessary to accurately detect physical fatigue in real time. The most popular signal for determining a person’s level of relaxation and fatigue is EEG. EEG is measured using equipment limiting the worker’s movement, so it is considered invasive. As a result, it’s critical to find other solutions to measure physical fatigue using vital signs without limiting a worker’s movement and activity.

Smart wearables are the best option for identifying and tracking physical and occupational fatigue. These gadgets allow access to data anytime, anywhere, thanks to their miniaturization and microprocessors. They can use cutting-edge tools for measuring and analyzing vital signs, artificial intelligence (AI), machine learning (ML), the internet of things (IoT), and other tools to detect occupational and physical fatigue.

Researchers have been motivated to work on the best solutions due to the growing demand for real-time fatigue assessment tools. Several intelligent wearable systems have been created over the past ten years to identify physical and occupational fatigue. The two categories of these systems are commercially available and purpose-built devices.

Here are some recently created smart wearables for fatigue detection as examples.

Researchers recently created a smart vest that can record ECG and thoracic electro-impedance data. It includes integrated tetrodes, ECG, and motion sensors. The system’s usability and functionality for assessing fatigue risk were both demonstrated. Following data collection penalized logistic and penalized regression models were used to analyze the results. Another team of researchers also suggested a smart vest with a SparkFun heart rate monitor, a Grove Galvanic Skin Response (GSR) sensor, and an MPU-6050 accelerometer/temperature sensor. This device would collect heart rate data to determine the physical exhaustion of workers.

Using computer vision technology and motion data, it is yet another cutting-edge, non-intrusive technique for tracking the physical exhaustion of construction workers. IMU sensors and a 3D motion capture algorithm were used to gather motion data. The test subjects wear a smart vest with sensors attached, and the 3D motion cameras set up in the workspace keep an eye on them. Deep Learning algorithms were then used to analyze the collected data to find signs of occupational and physical fatigue.

Blinking eyes may be a sign of fatigue. Recent studies have examined the frequency and length of an eye blink to assess the level of fatigue using an electronic patch made of a flexible strain sensor based on a morphologically modulated laser-patterned film of reduced graphene oxide (LPG). The device measures several parameters, such as eye blinking frequency, duration, and speed, and then analyzes the data to look for signs of fatigue.

A specially designed Smart Safety Helmet (SSH) with dry EEG electrodes and an inertial measurement unit monitors a worker’s head movements and brain activity to spot unusual behavior. To prevent and lessen workplace injuries and accidents, it can monitor and analyze a worker’s movements to spot signs of fatigue, extreme stress, or mistakes. The helmet also has a tiny motor that vibrates when risk thresholds are reached.

To detect driver drowsiness, researchers recently developed a new application that uses data gathered by a Samsung Gear S smartwatch. To identify sleepiness, the smartwatch collects ECG data and analyzes it using an intelligent fast Fourier transform (FFT) model. The program performs two primary tasks: It alerts drivers to nervousness, which can cause risky conditions, and reminds them to take breaks every few hours.

Various tools have been used to assess physical exhaustion at work. The variety of devices is due to the many health biomarkers that serve as reliable indicators of fatigue, including electroencephalograms, electrocardiograms, exercise, and eye blinks. However, there are some factors to consider when choosing hardware for spotting fatigue at work. The following features should be present in a smart wearable for increased viability:

Physical and mental exhaustion at work is a common occurrence. Its causes, such as repetitive motions and physical effort, are well known. However, when it persists for a long time, it can develop into a pathology that causes several illnesses and, occasionally, even death. Unfortunately, fatigue at work is growing in prevalence across the globe. Solutions to monitor workplace fatigue are now even more necessary to avoid workers’ health deteriorating. Workplace fatigue can now be detected and tracked with the help of smart wearables and artificial intelligence, and machine learning technologies. Additionally, they promise to serve as preventative tools that can lessen fatigue’s negative effects on workers’ health.