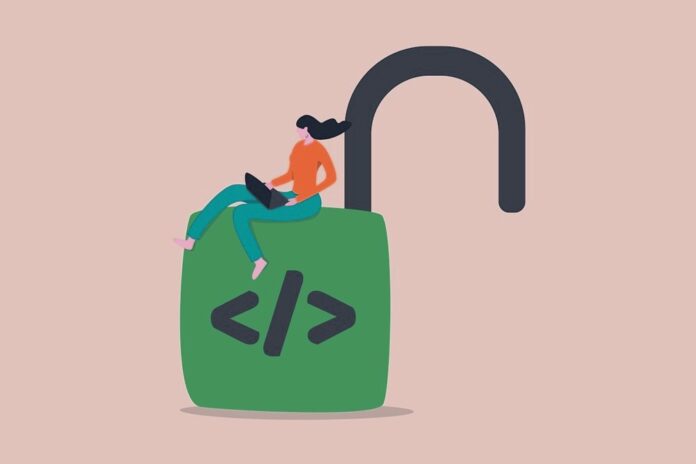 The adoption of third-party open-source codes and application components such as frameworks and libraries within the public domain has increased significantly over the last few years, especially since writing custom code for all features and functionalities in an application is not a practical option.

Therefore, developers frequently use and modify open-source components to help augment proprietary code developed in-house, alleviate the development bottlenecks, and accelerate software development and time to market while minimizing costs. With this, they can deliver new features to their customers faster than competitors, improve the chances of gaining more market share, and capture value.

Open-source components comprise more than 60% of the entire code base of modern applications. Unfortunately, the aggressive use of open source code can present risks such as security trade-offs and vulnerabilities due to poorly written code that leave gaps that hackers can use to carry out attacks and malicious activities, including extracting sensitive data and damaging systems or networks.

Of the 2,409 codebases analyzed by Black Duck Audit in 2022, 97% contained open source, and 81% contained at least one known open source vulnerability. Most security risks arise from developer malpractices, such as copying and pasting code from open-source libraries. Copying and pasting code from open-source libraries is problematic as developers copy any vulnerabilities in the code. Also, there is no way to update or track a code piece once a developer has added it to the codebase of your organization. This makes the application of the organization prone to vulnerabilities that could occur in the future.

Second, since open-source software is not developed in a controlled environment, with hundreds of developers working on the software, there is a chance that some of them could have malicious intentions. All it takes for a disaster is a single programmer to incorporate some malware into the software. In the case of closed software, only the vendor developers can see and edit the source code. That’s why closed software is seen as safer.

How to secure open-source components

Companies must establish an open-source policy that expressly forbids pasting code snippets from projects into the codebases of their applications. Second, staying informed about vulnerabilities reported in online databases like CVE Database by MITRE, NVD by NIST, VulnDB by Risk Based Security, and GitHub Issue Tracker is essential. With this, businesses can implement frontline tools to help them spot the obvious issues and use monitoring tools to stay up-to-date with what’s happening in real time.

Static code analysis must, at the very least, be a component of the CI/CD process because it offers automated, early detection of security issues and peer reviews. Free tools are also available for evaluating the risks associated with open-source software and containers. Source code scanners, available for both open-source and closed-source software, can find common security flaws in source code and frequently suggest more secure code that could be used instead, assisting in creating more secure code. Many open-source software packages use free static analysis scanners; anyone can view the results.

Besides, companies must enlist their security teams to train developers to drive a thorough understanding of security and the latest trends. Build a security-first culture, focusing on more than just bringing developers and security together but ensuring effective security practices. Security discussions must happen early and often throughout the software development lifecycle. You must be aware of the updates and apply them if you use open-source components.

Although open-source vulnerabilities are not necessarily more dangerous than other vulnerabilities, they offer a tempting attack vector to online criminals. Hackers are aware that companies frequently are unaware of the open-source software being used in their environments, let alone of vulnerabilities in those parts. Criminals use publicly accessible exploits against numerous organizations to identify systems with weak open-source components and compromise them rather than spending months trying to hack an organization’s custom code. Attacks on open-source code prone to vulnerability can be just as successful as other methods—and require much less work. A prime example is the 2017 Equifax data breach, which cost at least $1.38 billion and was caused by a flaw in the widely used Apache Struts open-source development framework for building enterprise Java applications.