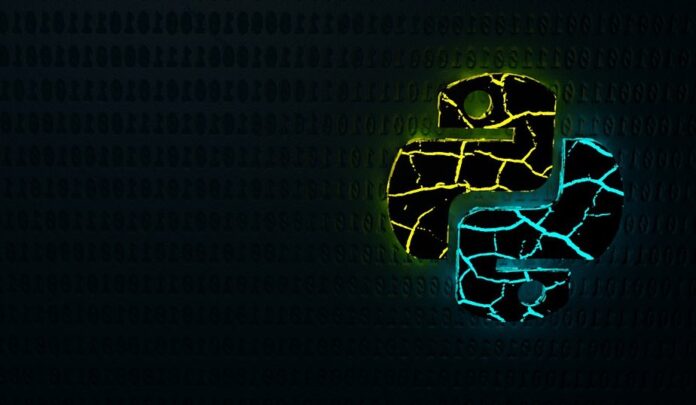 Python is a powerful high-level, object-oriented, general-purpose programming language created by Guido van Rossum. It has been widely used recently, as it is suitable for learning and real-world programming.

Programmers can express concepts in less code than is possible in languages like C, thanks to its syntax and design philosophy, which emphasizes code readability.

The language constructs enable the user to write clear programs on both a small and large scale. The most important feature of Python is that it supports a variety of programming paradigms, such as imperative, functional, and object-oriented or procedural programming. Python supports a dynamic type system and automatic memory management and has a large and comprehensive standard library. Python interpreters are available for many operating systems.

Python’s position as the programming language with the fastest growth is supported by a sharp increase in its use for data science and machine learning. The language’s accessibility and utility remain attractive to researchers carrying out analytics.

Many corporations have used and have been using Python for different functions. Google is one of the Python users that included this language in its web search system and employed Python’s creator, too. YouTube video-sharing service extensively uses Python, while Python writes the popular BitTorrent peer-to-peer file-sharing system. ESRI also uses Python as an end-user customization tool for its popular GIS mapping products. iRobot uses Python to develop commercial robotic vacuum cleaners, while Intel, Cisco, Seagate, Hewlett-Packard, Qualcomm, and IBM use Python for hardware testing. NSA uses Python for intelligence analysis and cryptography, while the IronPort email server product uses more than 1 million lines of Python code to do its job.

Here are some key reasons why Python has become one of the fastest-growing programming languages in the world.

It is a very sophisticated language with a wide variety of learning resources. Python is user-friendly and encourages users to stick because it supports many third-party tools. Python’s syntax is very straightforward and elegant. Python is much simpler to read and write programs in than languages like C++, Java, and C#. Python makes programming enjoyable and lets you concentrate on the answer rather than the syntax. Python is a fantastic place to start if you are a beginner.

Python scripts can be used on various operating systems, including Windows, Linux, UNIX, Amigo, Mac OS, etc. Python programs are portable, meaning they can run unchanged on different platforms. Almost every platform, including Mac OS X, Windows, and Linux, functions without any issues.

Although the Python Institute is the sole owner of all rights to this program, it is open source, and there are no restrictions on its use, modification, or distribution. Python is open source, so you are free to use it and share it, even commercially. You can modify the source code of Python in addition to using and disseminating programs written in it. With each iteration, Python’s large community works to make it better.

You don’t have to stress about difficult tasks like memory management, garbage collection, etc., unlike C/C++. Like running Python code, your code is automatically translated into a language your computer can understand. No lower-level operations are a concern for you.

Python comes with many standard libraries, making programming much simpler because you don’t have to write all the code from scratch. For instance: Need to connect to a Web server’s MySQL database? Use import MySQLdb to access the MySQLdb library. Numerous users have tested and used the standard libraries in Python. So you can be confident that your application won’t be broken.

Python treats everything as an object. You can solve complex problems logically with object-oriented programming (OOP). Creating objects with OOP can break down these challenging issues into manageable sets.

Python can connect its codes and other parts seamlessly. The compiled code of other languages can be imported for Python using tools like Swing and SIP.

Most popular databases, including Sybase, Oracle, Informix, MySQL, PostgreSQL, SQLite, etc., are supported by Python. Pickle is a common module that can save and retrieve objects from files. Additionally, ZODB is an object-oriented database tool. SQLite was regarded as a standard component of Python as of Python 2.5.