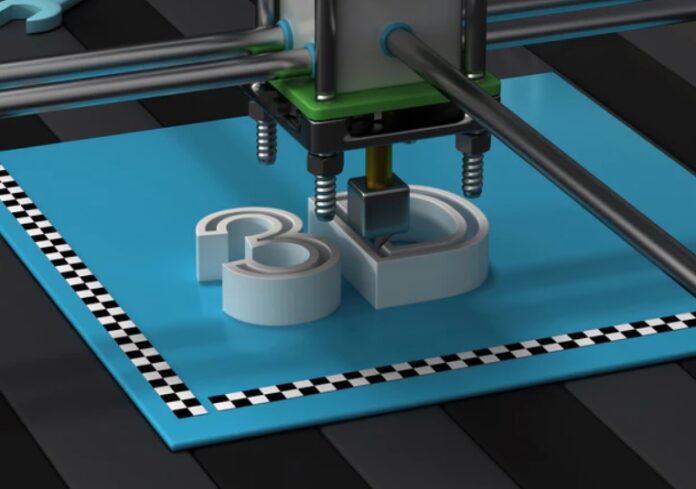 3D printing (additive manufacturing) has been around for more than thirty years as a fast and cost-effective technology for creating prototypes for product developments. But it is only recently that 3D printing technology has found its way on the markets to become another mainstream industry.

Since then, 3D printing is used in prototyping and distributed manufacturing with applications from architecture to fashion, from aerospace to dental technology, and way beyond. Companies are pushing their boundaries every year by introducing new solutions, creating great enthusiasm and growth around 3D printing.

According to Roland Berge, additive manufacturing (AM) is an additive process of making a solid 3D object of virtually any shapes from digital models. The materials are applied under computer control in successive layers.

Unlike traditional subtractive machining techniques that rely on the removal of the material by methods such as cutting or milling, additive manufacturing builds 3D objects by adding a layer-upon-layer of materials such as concrete, polymers, paper, food substances, biomaterials, plastic or metal. The technology is used in industries like automotive, consumer electronics or even more recently for medical applications (prosthetics, aligners, skull segments, etc.)

A diverse spectrum of methods and technologies are sheltered under the umbrella of additive manufacturing. There are many different 3D printing technologies with varying assets and advantages, limitations, and perspectives, all of which are universally available. Some are excellent for rapid prototyping during the development process, whereas others are suited for the rapid manufacturing of production-ready parts. And yet, we highlight three popular printing technologies that are used more often in modern 3D printing: SLS, FDM, and SLA.

Selective Laser Sintering uses a high-power laser (carbon dioxide laser) to fuse small particles of metal, plastic, ceramic, or glass powders into a desired 3D shape. The laser fuses powdered material selectively by scanning cross-sections generated from a digital CAD file, or by scanning data on a powder bed surface. After each cross-section is scanned, the one-layer thickness of the powder bed is lowered, and a new layer of material is applied on top. The process repeats until the part is complete.

Typically, an SLS machine uses a pulsed laser because finished part density depends on peak laser power, rather than laser duration. The machine preheats the bulk powder material somewhat below its melting point in the powder bed, making it easier for the laser to raise the temperature of the selected regions to the melting point the rest of the way. Some SLS machines use single-component powder, for example, direct laser sintering of metals. 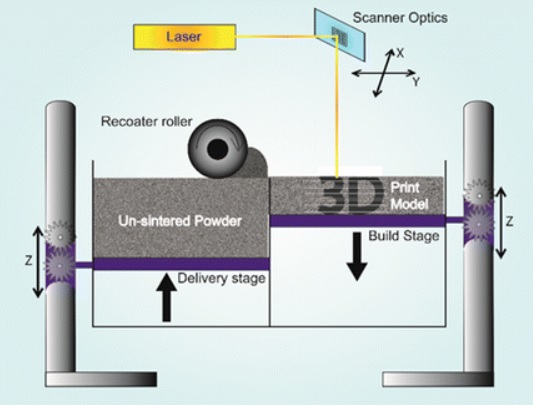 Most SLS machines, however, use two-component powders, typically either coated powder or a mixture of powder. The laser merges only the outer surface of the particles (surface melting) in single-component powders, fusing the solid non-melted cores and the previous layer.

SLS can produce parts from a wide range of commercially available powder materials when compared to other additive manufacturing methods. These include polymers such as nylon (neat, filled with glass or with other fillers) or polystyrene, metals including titanium, steel, alloy mixtures, and composites and green sand. The physical process may be complete melting, partial melting, or sintering in the liquid phase. Depending on the material, with material properties comparable to those from conventional manufacturing methods, up to 100 percent density can be achieved. Large parts can be packaged inside the powder bed in many cases, allowing very high productivity.

SLS is executed using machines called SLS systems. Due to its ability to make very complex geometries straight from digital CAD data, SLS technology is widely used around the world. While it began as a means of building prototype parts early in the design cycle, end-use parts are increasingly being produced in limited-run manufacturing. Its use in art is one less expected and rapidly growing application of SLS.

SLS has many advantages over traditional manufacturing methods. Speed is the most obvious because it requires no special tooling, and parts can be built in a matter of hours. Additionally, SLS permits more rigorous prototype testing. Since SLS can use the majority of alloys, prototypes can now be functional hardware made from the same material as components in production.

Besides, SLS is one of the few additive manufacturing technologies used in production. Because the components are built layer by layer, internal features and passages can be designed, which cannot be cast or otherwise machined. Complex geometries and assemblies with multiple components with a more cost-effective assembly can be simplified to fewer parts. SLS does not require special tools such as castings and is therefore convenient for short production runs.

Stereolithography is another AM process that uses a vat of “resin” liquid ultraviolet curable photopolymer, and an ultraviolet laser to build layers of parts one by one. The laser traces a cross-section of the part pattern on the liquid resin surface for each layer. Ultraviolet laser light exposure cures and solidifies the pattern traced on the resin, and joins it to the layer below.

Following tracing of the pattern, the elevator platform descends by a distance equal to the thickness of a single layer, typically by 0.05 mm to 0.15 mm. Then, a blade filled with resin sweeps through the cross-section of the part, re-coating it with fresh material. The subsequent layer pattern is traced on this new liquid surface, joining the preceding layer. This process constitutes a whole part of 3D. After construction, the parts are immersed in a chemical bath to be cleaned from excess resin and subsequently healed in an ultraviolet oven.

Stereolithography requires supporting structures to attach the part to the elevator platform, prevent gravity-related deflection, and hold the cross-sections in place to withstand lateral pressure from the re-coater blade. Supports are generated automatically when 3D Computer-Aided Design models are being prepared for the stereolithography machine, although they may be manipulated manually. Unlike in other, less expensive, rapid prototyping technologies, supports must be removed manually from the finished product.

One advantage of stereolithography is its velocity; it can produce functional parts within a day. The length of time required to produce a particular part depends on the project’s size and complexity and can last from a few hours to more than a day. Most machines can produce parts with a maximum of approximately 50x50x50 cm and some parts with a length of more than 2 m, such as the Mammoth stereolithography machine (which has a construction platform of approximately 210x70x80 cm). Stereolithographic prototypes are strong enough to be machined and can be used as master patterns for injection molding, thermoforming, blow molding, and various metal casting processes.

Although stereolithography can produce a wide range of shapes, it has often been expensive; the cost of photo-curable resin ranged from $80 to $210 per liter. The cost of stereolithography machines ranges from $100,000 to over $500,000. Recently, cheaper SLA 3D printers have been created, and one can only assume that in the future, more will be created in the individual price range. 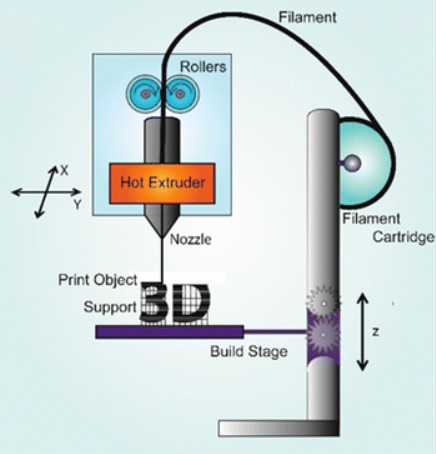 By laying material in layers, FDM works on an “additive” principle. A plastic filament or metal wire is unwound from a coil and supplies an extrusion nozzle with material that can turn the flow on and off. Heats up the nozzle to melt the material. A numerically controlled mechanism, directly controlled by the software package computer-aided manufacturing (CAM), can move it in both horizontal and vertical directions. The model or part is produced by extruding small beads of thermoplastic material to form layers as the material becomes hard immediately after the nozzle is extruded. Typically, stepper motors or servo motors are used to move the extrusion head.

A prominent form of rapid prototyping, FDM is used for prototyping and fast production. Rapid prototyping makes iterative testing easier, and quick manufacturing for very short runs can be a relatively inexpensive alternative.

These are some of the advantages of fused deposition modeling. Since it uses plastic and more expensive models, a different (water-soluble) material is used to remove the supports completely. Even inexpensive 3D printers have sufficient resolution for many applications. A disadvantage is that the supports leave marks that require removing and sanding.