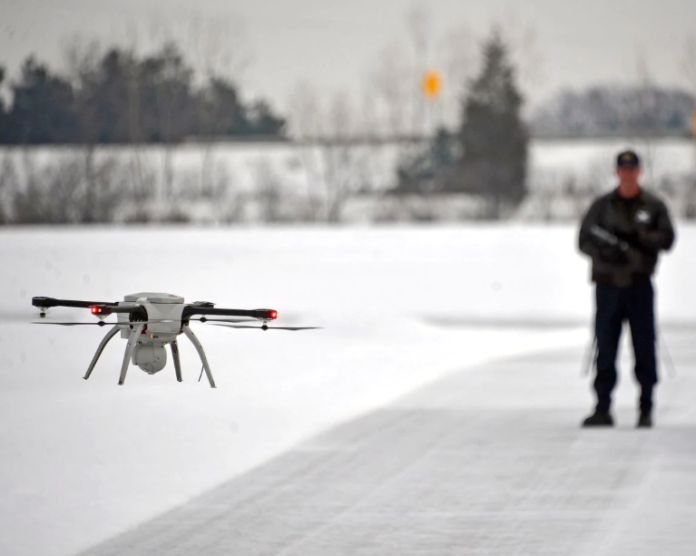 5G is about to transform our lives at high speed! It is estimated to bring over 3 million new jobs, $275 billion in investments, and a $500 billion boost to the US domestic product market.

The deployment of 5G is well underway in the US with large telecom companies like T-Mobile, AT&T, Sprint, U.S. Cellular, and Verizon having their live 5G networks in more than 250 cities and towns to date.

With high-speed internet connectivity around the corner, a wide variety of super-fast and safe drone use cases is expected to take flight in the coming years, opening up a world of new profitable, scalable, and commercial opportunities.

Cellular networks have proven to be a perfect fit, capable of serving drones in the low-altitude airspace, since drones fly rather low and cell coverage above buildings and trees. But, nearly all non-military drones are currently based on radio connections similar to Wi-Fi frequencies with a limited range, usually under 2-3 miles. 5G will change this!

The addition of 5G capabilities, using cellular networks, is expected to deliver command and control connections over unlimited distances. This enables the drones to be controlled, deliver, and receive information in real-time from and to anywhere in the world.

5G’s millisecond latency and data speed of up to 100 times faster than 4G allows drones to deliver high-quality footage to ground operators. This allows the use of drones for functions such as remote engineering, network planning tasks, tower, and security inspections of the infrastructure. Some of the key benefits of drones, leveraging 5G, are as follows:

UTM, the system defined by the FAA in conjunction with the European U-Space, will deliver a globally standardized technology allowing the integration of these cellular networks with drone traffic management systems to improve the safety and security of commercial drone operations. Current global regulations are usually limited to operations at low altitudes (below 120 m or 400 ft) and within the visual line of sight of a human pilot who is in permanent drone control.

Drone applications with BVLOS are capable of flying beyond the visual line of sight, or when flying autonomously, and are still in direct control of the pilot. SDTX is another critical application and is essential when transmitting data to ground stations beyond the remote control station of the pilot. This could either be live streaming the camera of the drone or saving time for data processing. Because it is often a large amount of data and AI processing, a large bandwidth data connection is required, which will be 5G-network coverage.

5G offers the exciting promise for drone companies and service providers to accommodate a wide range of applications with different reliability and throughput requirements, but there are some challenges that need to be addressed before it can take off.

Although telecom providers are continually building up 5G networks, challenges with US spectrum availability, and ongoing regulatory reluctance to allow more drone flight outside the sightline remind us that the future is not yet here.

According to CTIA’s Senior Vice President and Chief Technology Officer Tom Sawanobori, like many countries, the U.S. is behind other countries in accessing the spectrum’s “sweet spot” for capacity, speed, and propagation — mid-band wavelengths — in order to unleash the full 5G potential.

U.S. networks, however, rely primarily on low-band and high-band radio waves so far, and the industry is struggling to catch up with other nations that make greater use of mid-band frequencies. In the U.S., much of that spectrum portion is currently unavailable for 5G because it is already occupied by television networks, and federal defense agencies, and commercial satellite and content providers.