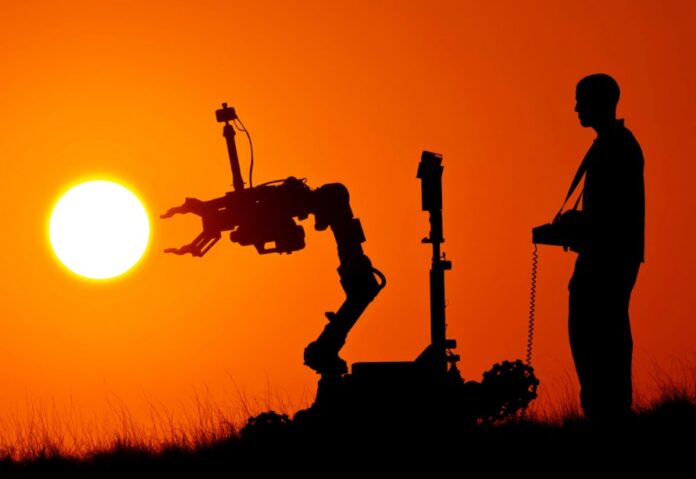 Nowadays, robotic arms are being used in industries to minimize human errors and increase the efficiency, productivity, precision of operations.

A robotic arm is a machine similar to a human hand; it consists of links attached in series or parallel. It can be controlled by programming it to perform a specific task.

One of the most important advantages of introducing a robotic arm in industries is that it can work in crucial conditions like high temperatures, pressures where it’s risky for humans to work. Since a manipulator comes under Flexible Automation, it can be updated and modified easily.

The different types of robotic arms

This robotic arm is called “Cartesian” because the arm’s axes can be described using the X, Y, and Z coordinate system. This design can produce the most accurate movements. Because of the high rigidity, the cartesian robots are very accurate and repeatable, but they lack flexibility as they cannot reach around objects. These robots are easy to program and visualize due to their mechanical structure.

A cylindrical arm has three degrees of freedom, but it moves linearly only along the Y and Z axes. Its third degree of freedom is in the rotation at its base around the two axes. The work envelope is in the shape of a cylinder.

The spherical arm, also known as the polar coordinate robot arm, has one sliding motion and two rotational, around the vertical post and a shoulder joint. The spherical arm’s work envelope is a partial sphere with various length radii. A polar robot’s main axes can rotate in two directions, and the third joint moves in translation, forming a hemisphere or polar coordinate system.

SCARA robotic arm rotates about two axes, and some have sliding motion along with another. The arm is slightly compliant in the X-Y direction but rigid in the ‘Z’ direction due to the SCARA’s parallel-axis joint layout, hence the term: Selective Compliant. SCARA robots are also used for applications that require constant acceleration through circular motions due to their “elbow” motions. The controlling software requires inverse kinematics for linear interpolated moves. A disadvantage is that it can be more expensive. The SCARA robot’s work envelope is difficult to control and has a limited volume coverage.

This arm has a trunk, shoulder, upper arm, forearm, and wrist. The arm has six degrees of freedom because its joints can rotate. The X, Y, and Z axes and pitch, yaw, and roll are all three. When you move your wrist up and down, you’re pitching. When you yaw, your hand moves left and right. The term “roll” refers to the rotation of your entire forearm. It is very flexible to reach over obstructions and achieve any position and orientation within the envelope. Motion can be difficult to visualize from one point to another as the robot will move each joint through the minimum angle required.