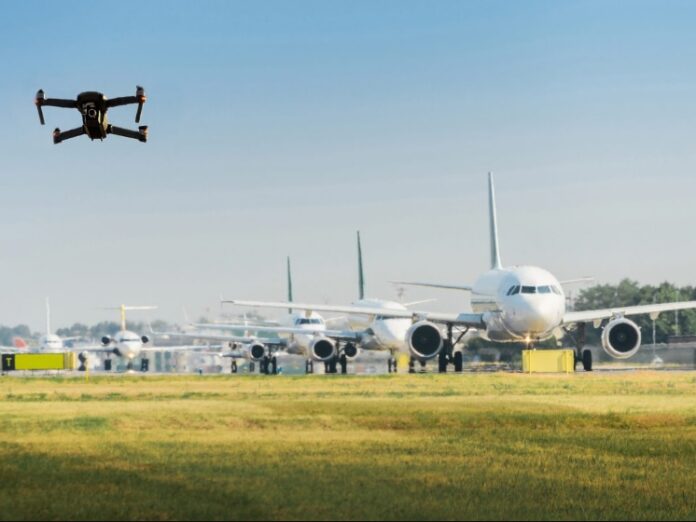 A decade ago, drones were considered a technology restricted only to official authorities, such as the military, police, etc. But, numerous companies and civilians use UAVs (unmanned aerial vehicles) today for recreational photography, inspection, delivering goods and services. The Federal Aviation Administration (FAA) estimates more than 2 million drones are in use across the U.S. as of 2019. Of those, around 1.3 million are owned for recreational use.

Between 19-21 December 2018, hundreds of flights were canceled at Gatwick Airport, London, following reports of drone sightings close to the runway. It is estimated that 140,000 passengers were affected, with around 1000 flights either diverted or canceled, costing millions of pounds for the airport and airlines.

In a similar event, Newark Airport in New Jersey was closed due to a drone spotted in the vicinity for 90 min in January 2019. The incident caused USD 90M of economic loss.

Despite the FAA’s efforts to contain the risks of unsafe and non-compliant drone operations, the problem seems to be accelerating, with more than 2000 near miss sightings per year being reported by airplane pilots, air traffic controllers, and other aviation stakeholders.

This has created the need to detect and disable rogue drones and unauthorized drone activities, creating a new area of research and development in counter-drone technologies (C-UAS).

A surveillance radar with single or multiple antennas sends out a signal to receive aircrafts’ reflection, measuring spatial coordinates and, optionally, velocity, acceleration, and direction.

Radio-frequency (RF) scanners use passive detection technology. This cost-effective solution detects and tracks UAVs based on their communication signature. They explore algorithms to scan known radio frequencies and find and geolocate RF-emitting drones, despite weather and day/night conditions.

Drone propellers transmit an audio pattern that can be detected and used for drone positioning and classification by acoustic sensors. Usually, a microphone detects the sound made by a drone and calculates the location using the time difference of arrival (TDOA) technique.

Electro-optical sensors in imaging systems and cameras use a visual signature to detect UAS, while infrared sensors use a heat signature. When combined with optical data, neural networks and deep learning algorithms can provide significant support and advanced intelligence to a UAV detection system.

There are several technological solutions for mitigating threats from malicious UAS when approaching critical infrastructures. Two types of C-UAS technologies exist: electronic and kinetic. Electronic countermeasures can defeat UAVs by using communications link manipulation, RF jamming, or GPS spoofing. Kinetic interdiction refers to intercepting UAS by physical means. We shall look at these C-UAS technologies in our next post.