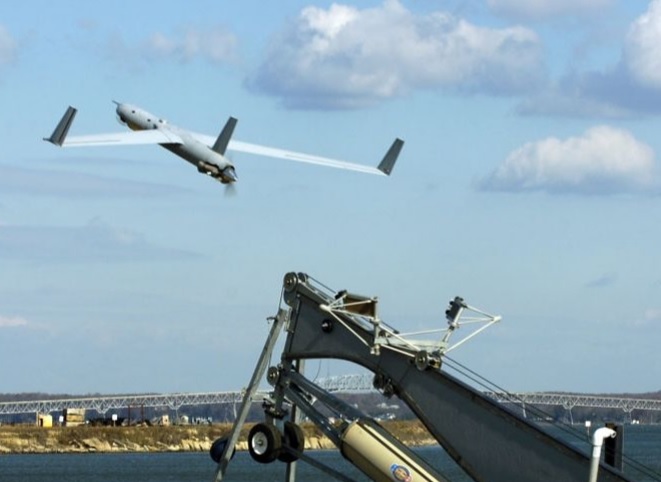 Launching an unmanned aerial vehicle is potentially the most critical phase in UAV operations. Fixed-wing UAVs need to be accelerated to a minimum airspeed before achieving take-off, while large fixed-wing UAVs can take-off and land only on a runway of sufficient length, constructed on suitable ground of an aircraft carrier. Small to medium-sized fixed-wing aircraft, however, have a wider variety of options.

The small and lightweight UAVs can be thrown by hand or launched with a handheld device, whereas other aircraft require a fixed rail launcher. In this post, we will look at eight such deployment options. The selection of deployment options is determined by six factors of merit (FOM), including UAV cost, deployment system cost, feasibility, reliability, safety, and launch capacity.

This method is to push the plane out of the rear cargo door of the transport aircraft, and the UAV is expected to fall a predetermined distance and then pull out of the dice once it has gained control. The advantage of this method is low cost but will need minimal modifications to both UAV and the transport aircraft. The disadvantage is the UAV size restriction stemming from the internal storage and the stability and control issues associated with the dive recovery.

This deploy method is like the simple drop, save for a parachute attached to the tail section of the UAV. After deployment, the engine will startup, and the UAV will be released from the chute. The advantages of this option are its simplicity and inherent stability provided by the parachute. The disadvantages to these deployment options are the size restrictions imposed on the UAV and the discarding of the drag chute after launch.

The boom launch method involved the mounting of the UAV to a boom that extends from the transport aircraft. Its advantage is the simplicity in release due to the pre-launch positioning of the craft in its autonomous flight position. The disadvantages are the inherent cost of the boom design and the internal storage size restrictions imposed on the UAV.

This option is to mount the UAV to a hard point on the transport aircraft and then releasing it. The released UAV will enter the sustained flight on its own. The advantages of this option are the minimal modification required for the transport aircraft and the method’s proven history. The drawback is that the external storage of the UAV would need a more durable structure to withstand the cruise speed of the UAV and the separation issues associated with a deployment so far forward on the transport craft.

The UAV is towed behind the helicopter to the deployment location and is released from the helicopter. The lack of UAV size restriction and the cruise speed of the helicopter that is near to the UAV are the advantages of this method. However, only one UAV launch is possible per transport. The remaining three ways are surface deployment options: the ship rocket-assisted take-off (RATO) launch, the submarine launch, and the ship catapult launch.

The UAV will be launched from the deck of the ship, placing a small rocket on the underside of the UAV, which is used to accelerate the UAV to its cruise speed and position. The advantages of this method are the multiple UAV launch capacity. The disadvantages to this option are the launch would be limited to the coastal area and the increase of structure design cost due to high launch velocity.

This launch option involves mounting a catapult to a ship, and the UAV is launched with sufficient velocity for the aircraft to sustain flight autonomously. This launch option is a proven method. Besides, multiple UAV deployment capability and cost-effectiveness are advantages. However, this method is only limited to coastal regions and calm seas as for the requirement for a catapult launch.

This launch option is similar to the RATO launch option. The difference is the UAV is first launched from the submarine in an ICBM tube before the rocket is fired above the surface of the water. The primary advantage of this design is the stealth of the transport submarine.