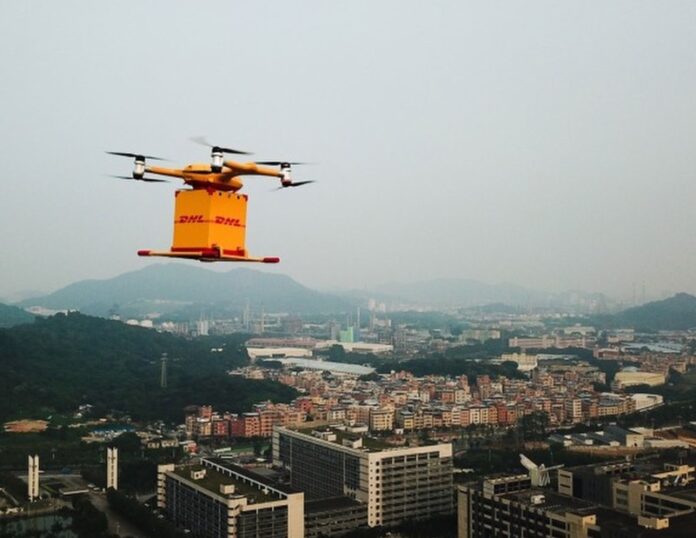 A payload mainly consists of a combination of both active and passive components to transport from one point to another. The active payload includes systems like optical cameras and sensors that record and relay data, while passive payloads can include various goods, equipment, and utilities like cargo.

Although ordinary equipment attached to the drones, such as cameras, gimbals, and propeller guards, counts as a payload, a payload generally means anything not originally part of the drone. Carrying any payload or equipment can decrease flight performance since the air resistance and the total weight increase.

The carrying capacity depends on what type of drone you fly. The most important factors that affect the drone’s payload capacity are the motor power, the size and number of propellers, the type of battery, and the drone’s weight.

We should keep in mind that the propeller thrust should be twice the total weight of the drone and the payload. Besides, the drones should deal with wind, moisture, and air pressure, which can drastically influence your drone.

Drones that need a big lift requirement also need a battery with a bigger capacity, which also adds weight to the drone. Besides the extra weight, they need to carry, heavy-lift drones also need a strong and durable drone frame that is heavier than the standard lightweight construction of hobby drones.

All in all, the ground rule is that the users must always read the manufacturer’s instructions about your drone’s capacity. It is also important to check that the total mass (drone plus payload) doesn’t exceed the maximum limit specified by the manufacturer or limit for the drone’s category.

For some drones, the recommendation is not to fly with payload. Those drones are primarily intended and used to learn the basics of flying, taking photographs, and having fun. However, these miniature drones can still lift payloads relative to their size. They can lift approximately 200 to 300 grams of extra weight without a problem.

Many popular drones among recreational flying pilots can carry around 3 to 5 lb (2.2kg) of payload. Heavy-lifting drones (or professional drones), on average, can lift weights around 40 lbs (18kg). Commercial drones can carry a range of weights from 4 grams to 220 kilograms.

Another essential aspect to remember while flying a drone with a payload is that a drone has a set center of gravity (CG), which cannot normally be changed or recalibrated manually. You must check it and consider it when flying with a payload. Be sure to attach the load as close to CG as possible and as tightly as possible, as close to the fuselage as possible, since loose parts that move during flight can affect the drone’s CG and thus make it lose balance.

The CG varies with the type of drone, and on some models, it is possible to recalibrate it. Sometimes, recalibration may be necessary – for instance, if the payload is attached to the rear part of the drone. Also, keep in mind that the drone’s batteries can get hot during flight and overheat if they cover an additional payload.

If your drone is carrying a payload and is windy, the center of gravity (CG) settings may change as the weight distribution on the drone shifts. It has the potential to throw the drone off balance and, in the worst-case scenario, crash it. Ensure that the payload is properly fastened to not move during the flight, disturbing the drone system. In addition, the payload means the drone will have more drag, potentially making it harder to move forward.

Always remember that a drone carrying a payload may not be able to fly at the manufacturer’s recommended maximum wind speed.