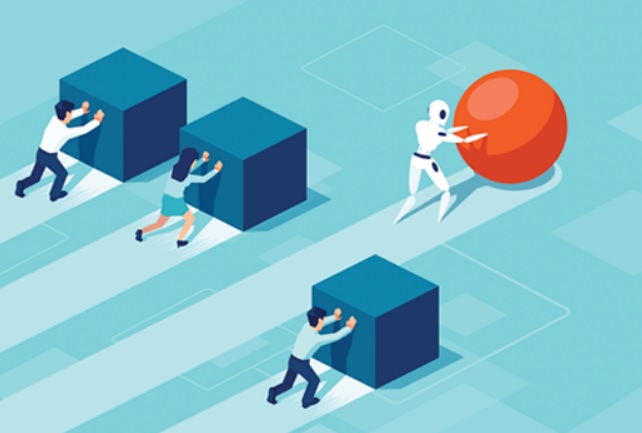 It is undoubtedly true that robots are faster, more efficient, more agile, and more intelligent than human workers, and they can only benefit humanity. They can completely eliminate a lot of harsh, unhealthy, or dangerous tasks in manufacturing.

For instance, welding is known to have harmful short and long-term effects, ranging from irritations of the eyes, throat, nose, ears, and chest to pulmonary infections, heart diseases, and lung and throat cancers. The automation of welding in modern manufacturing lines can significantly reduce health problems.

But the much-discussed impact of automation on the welfare of workers is far from entirely positive. There are many concerns raised by the accelerated introduction of robotics and automation technologies and their effects on employment, working conditions, and workers’ welfare. Similar to all other machines introduced into the production process, robots have multiple adverse effects on workers.

For example, since the first machines were introduced at the beginning of the First Industrial Revolution, redundant workers’ layoff has been a common practice. And the workers rendered redundant by robots face the risk of being laid off even today.

Even though strict labor rules and strong workers’ organizations offer some protection against or procure compensation in layoffs, such technological layoffs and their adverse effects on the workers’ lives seem inevitable.

When a company considers introducing robots, the chief concern is not whether they will improve workers’ welfare; it is profitability. Therefore, keeping redundant workers does not simply make any economic sense.

In addition, workers who retain their jobs alongside robots might not always see their working conditions improve. A journalist working undercover in an Amazon warehouse testified that robots are so fast that the staff, working alongside the robots in packing, have to push themselves too hard physically to catch up with the robots’ pace since workers often get only seconds to grab and process an item.

Such physical and psychological pressure and intensity, imposed on the workers, are compensated for by higher salaries or shorter working hours. But studies on the effects of robot densification in 14 industries across 17 developed countries show that low and middle-skilled workers actually suffered salary reduction with the introduction of robots. Studies show that there was no significant reduction in the number of working hours.

According to a recent report by Oxford economists, up to 47% of total U.S. employment is at risk of being taken away by automation. As a recent MIT Technology Review survey highlights, there is no consensus among technologists and economists about the timeline and degree of job eliminations resulting from automation.

Furthermore, the effects of automation on employment and the associated concerns in developing economies are even less well understood because their societal acceptance and assimilation differ significantly between developed and developing economies.

Experts believe that in labor-intensive economies like Brazil, Russia, India, China, and South Africa, labor is cheap, automation’s effects would be felt much more steeply in the coming decade.

What are the solutions?

Automation will predictably take away a significant number of jobs in the next few years and decades. Many workers will lose their jobs to robots and face unemployment due to the lack of employment, while those keeping their jobs will experience increased physical and psychological pressure. We propose some solutions to address these problems.

Robot taxes have certainly met criticisms from many economists, arguing that there are no fundamental differences between robots and any technologies (including software) that may cause job losses. Thus, taxing robots will amount to another tax on capital, which most capitalists would oppose.

These are time-sensitive challenges that should be carefully considered because there can be a potential for unintended consequences such as tilting economic and power structures to unduly benefit specific segments of society, resulting in new gaps and exacerbating existing inequities.

In an ideal society, most repetitive, unhealthy, and uninteresting work should be fulfilled by robots, enabling humans to spend a limited amount of time on regular work (including deciding what the robots should do) and the rest of the time on creative activities. This future is certainly possible from a theoretical viewpoint. Yet, robots tend to be perceived as a threat instead of a fantastic liberation tool. Hopefully, this will change.