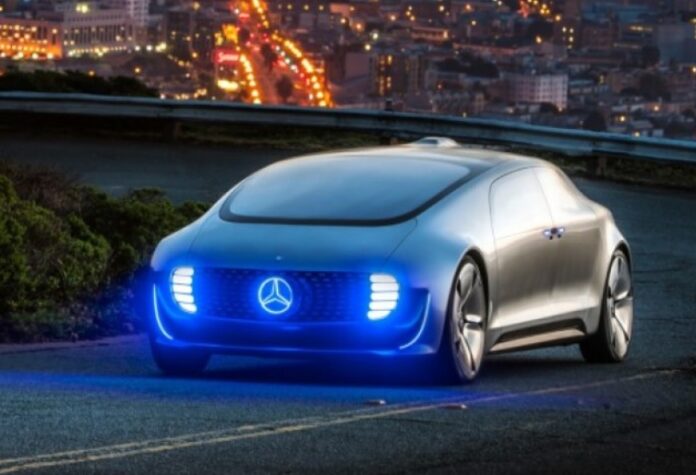 Many research organizations and companies like Mercedes-Benz, General Motors, Continental Automotive Systems, Autoliv, Bosch, Nissan, Toyota, Audi, Volvo, Vislab, Oxford, and Google have developed working autonomous systems in an attempt to bring self-driving vehicles to the masses. However, a truly autonomous vehicle still doesn’t exist! It’s also not clear if or when it will arrive.

AV technologies strong proponents like Elon Musk touted aggressive timelines years ago, but all missed their goals and their projections. In this article, we would like to check-in and ask the question: where exactly are we right now? And when can we expect these self-driving cars to be part of our daily lives?

The present and tempered expectations

The current state of driverless cars is troubling. We’ve passed a phase named “peak hype,” and entered into a trough of disillusionment in which even people within the industry are saying that the idea of self-driving cars has turned out to be a lot harder than they initially thought!

The potential of AI, machine learning, algorithms, and sensors drove people to think that we’re ready to launch driverless cars any minute. With so many setbacks like accidents and system failures, people understood the fact that most of the companies are not anywhere near as far along as a lot of people thought we would be three years ago. Obviously, over the past two years, there has been a real injection of reality.

American AV tech company Waymo’s Chief External Officer Tekedra Mawakana admitted that the hype around its self-driving cars has become unmanageable, and several prominent players have begun to walk back their predictions. Although the AV technology has come a long way, there is still a lot of things to be done in terms of the sensors to figure out what is going on around the vehicle and predicting what the road users will do next in the next few seconds. These predictions are severe problems to sort out.

Companies tackling autonomous driving today are taking two general approaches: some are building a self-driving car from the ground up, while others are developing the brains that drive the vehicle.

An early leader in AV technology is Google, which started its self-driving car project in 2009. It is today known as Waymo, which develops hardware and software which can function as the brains in a self-driving car.

Founded in 2017, Aurora has a similar approach. It has already raised $620 million in funding from Amazon and other big-name investors. It is currently testing its technology, capable of operating in compact electric cars, minivans, big, long haul trucks, on the road in Pittsburgh, Pennsylvania, and Bay Area.

Argo AI and Aptiv are other companies taking a similar approach. Lyft develops its self-driving system, offering self-driving rides on its app through partnerships in select areas. Tesla, Zoox, and General Motors, with its Cruise division, are making fully autonomous cars that can operate in all environments. Cruise, acquired by General Motors in 2016, raised several billion dollars of capital and is in collaboration with General Motors and Honda to build mission-critical safety systems and manufacture them on a vast scale. It is testing its fleet of vehicles in San Francisco with safety drivers onboard.

Zoox, led by Intel’s former chief strategy officer Aicha Evans, is working on creating an all-in-one self-driving taxi system, instead of retrofitting cars with sensors and computers. Zoox is creating a new type of vehicle from scratch, designed to transport people autonomously.

Meanwhile, Nissan and Tesla both already have semi-autonomous systems on the roads today. Tesla’s cars have been available in beta since 2015, and its drivers are known to use a hands-free system. There are other companies like Ghost and Comma.ai, working on aftermarket kits, which are hardware components that could be installed in older cars to bring them new self-driving capabilities.

The path ahead for all significant AV players in the industry is full of challenges. Chief among them is safety. Driverless systems need to meet a very high safety bar, which makes them better than a human driver before they can be deployed at scale. Unfortunately, there have been many fatal crashes.

A 51-year-old woman named Elaine Herzberg was killed by an autonomous Uber with a safety driver on board. In 2016, Tesla fan Joshua Brown died in a crash while using autopilot hands-free in Florida. Yet, the industry is hopeful that someday, autonomous vehicles will make the roads far safer than they are today.

Another challenge is testing and driving environment. One principle metrics, touted by companies, is the number of miles driven by these self-driving cars. Notably, not all miles are created equal. Testing an autonomous vehicle on an oval track, or a straight road will not tell you much about how well the system functions, because the car does not encounter all potential situations and challenges in a real driving environment. It is hard to expose the vehicles in every imaginable scenario.

The third challenge is that when you test an autonomous vehicle on a public road, it involves not only the people who are inside the car but everyone else around the road as part of the experiment. People outside of the vehicle didn’t consent to being part of the experiment. It is a big concern since humans are being used as test dummies. Experts are calling out for a robust and independent safety regulation, instead of self-certification and de-regulation. The lawmakers are trying to figure out how to keep the public safe without holding back the self-driving innovations.

The cost of self-driving technology is the fourth deciding factor. The technology is expensive, and there is a raft of issues around product liability and maintenance of sensors for regular calibration.

Another issue that impacts the progress in AV business is poor mainstream public perception and lack of understanding of the tech., due to the overhype that occurred even before the technology is ready. It is still not very clear to most people what it means when we say driverless cars. There is a lot of people who think that you can go out and buy an autonomous vehicle today. They believe that the technology exists. But the truth is that it does not. With an uncertain timeline and a history of missed targets, public confusion is no surprise.

How long do we need to wait to buy a self-driving car?

Despite significant developments, most companies have recognized we are still years away from having truly self-driving cars as part of our daily lives. But the question remains: when will it be ready for customers to buy? The answer is that it will take considerable time if the vehicle needs to be ready to handle all scenarios on the road. Experts hesitate to make promises on when true self-driving will get on the road, but probably, we can see level four vehicles in small quantities within the next five years. Some experts say it would take at least a decade before you can buy a fully autonomous self-driving car.