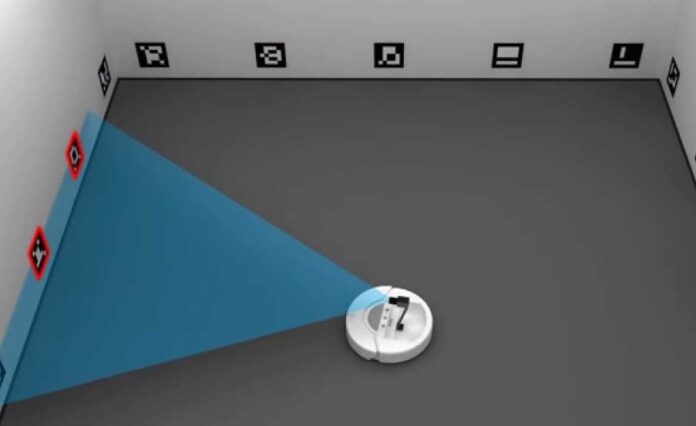 The localization process is crucial to mobile robot navigation. It can be compared to locating the robot and maintaining a map of the surrounding area. Three issues can be identified when localizing a mobile robot: position tracking, global localization, and the kidnapped robot issue.

Tracking a robot’s position over time is known as position tracking. The current position is updated based on the knowledge of its prior location. The initial location of the robot must be known to solve this issue.

In contrast, global localization takes the initial location as unknown. No matter where the robot is in its environment, solving the problem depends on finding this location. Robots that have been kidnapped have been apprehended and taken to another location. If the robot is aware that it has been abducted, the issue is comparable to the global localization problem. But when the robot doesn’t know it’s being taken away and still believes it knows where it is, problems start to occur.

The position-tracking problem typically uses the same general approach. The robot’s position belief is updated continuously by repeatedly performing the prediction and perception steps. The proprioceptive sensors’ odometry measurements update the position belief during the prediction step. As previously mentioned, these measurements drift over time and lose accuracy. There is a perception step as a result of this. With the information gathered from the environment by the exteroceptive sensors, the perception step uses the belief provided in the prediction step to be corrected. The initial location of the robot must be known for position tracking to work. The latter issues do not, so it is necessary to localize the robot first.

The robot could always be localized precisely if perfect sensory data about the environment could be acquired. The truth, though, is quite different. For instance, the GPS is insufficiently reliable indoors even though it can be quite accurate outside. Other sensors are also inaccurate and lacking in some ways. Sensors cannot be fully trusted and will frequently produce inaccurate measurements.

Other difficulties that are not typically modeled are also brought on by reality. The robot may deviate from its intended path for various reasons, including collisions, slick floors, or people picking it up and moving it. These circumstances must be properly handled to restore the robot’s location because they are difficult or impossible to predict.

Furthermore, maps frequently depict the environment as a collection of static objects. This is a problem because it is very likely that the environment will contain more barriers. These could be either static (like boxes) or dynamic (like other robots or people) obstacles. These issues need to be appropriately addressed by localization techniques.

Mobile robots frequently require an environment map. A mobile robot cannot store all of the data in the real world in its memory because it is infinitely large. As a result, the maps are always somewhat simplified. The difficulty lies in minimizing the number of features that the real world offers while retaining all important data. Holding a 2D map is a common strategy because adding more dimensions would lead to a computational explosion. This is practical because most indoor mobile robots can also move in two dimensions.

Some popular methods to represent a map are discussed below.

The free areas of a map based on exact decomposition are divided into smaller areas based on geometric criticality. The proximity of various free areas can then create a map graph. It is assumed that the robot’s position only depends on the region it is in. The only thing that needs to be figured out is how to move from one area to an adjacent area.

Fixed decomposition is a different approach to map decomposition. A discrete grid of cells represents the world, with each cell only denoting a single simple state. The occupancy grid, where a cell can only be in one of two states—free or occupied—is a common type of fixed decomposition. Mobile robots frequently use the occupancy grid since range sensor measurements can be used to update cell values. However, since the size of the map is determined by the size of the environment, large environments may experience memory consumption issues. Additionally, this approach is ineffective if the geometry is not the best feature in the environment.

A topological decomposition is a substitute for the first method. The main concept is to emphasize environmental traits rather than geometrical features. The map is a topological representation of a graph of nodes and their connectivity. To navigate between the nodes, the robot must localize itself there. In this instance, as the robot moved between the nodes to determine its location, it detected intersections in the surrounding area. Another situation where a robot was trained to recognize significant environmental features using a vision-based method can also benefit from using a similar map.

No matter the map, the robot must be aware of its location. The robot can only believe in its current position because it will never be able to accurately know it in practical applications. The robot can either have multiple beliefs about its position or just one belief.

With the single belief -strategy, the robot uses a single point on the map to describe its location. Because the robot only perceives itself in one position, decision-making is simplified. However, it is frequently difficult to output a single accurate position due to uncertainties in the effectors and sensor measurements.

The tactic involving multiple positional beliefs is frequently more effective. During sensor measurements, probabilities for various robot positions are computed and tracked. The main benefit is that the robot can maintain positional uncertainty while maintaining belief in a particular position. The robot should be able to decide how to reduce its positional uncertainty. The drawback of this strategy is that choosing between potential positions may be difficult because each position may have a different set of actions that will best serve it. The best option would therefore be one that eliminates the most ambiguity but may also be computationally expensive.

A robot’s position can never be accurately estimated because sensors frequently have measurement errors. Only the robot’s position probability can be calculated. Due to this, probabilistic map-based localization has garnered a lot of attention in recent years. This method provides a probability over several positions at once rather than a single position estimation. Markov localization and Kalman filter localization are two popular classes of this method. These have been found to perform better in practical applications than many conventional techniques.

Any arbitrary probability density function can model the robot’s perception of its location during Markov localization. The robot’s workspace is frequently first tessellated into a limited number of map-based poses. During the prediction and perception phases, it is then intended to update the probabilities of these poses. A robot observes the second pillar while moving from left to right after observing the first pillar. The probabilities provided by the perception step are displayed in the upper half of the image; the robot is probably in front of one of the pillars. The robot is likely to be between the first two pillars when combined with prior knowledge, i.e., the fact that it has already passed the first pillar.

Due to the vast array of possible poses, it is necessary to think about reducing the computational complexity. For instance, scaling back the map’s detail or updating only the relevant state space can be effective. Markov localization, however, resolves all three localization issues. This is because the robot’s configuration space constantly considers all potential poses. In other words, the method works whether or not the robot’s precise location is known. The robot’s current state is thought to only be a function of its past state, most recent odometry, and perception. This method is surprisingly resistant to frequently unmodeled problems, like collisions or wheel wear.

Markov localization is a particular instance of Kalman filter localization. Instead of using a random function, the robot’s belief, measurements, and motion models’ uncertainties are represented by Gaussian distributions. Mean and variance are the two parameters that define a Gaussian distribution. The variance indicates how certain a distribution’s mean, while the mean describes its most likely value. This method is more effective than Markov localization because only these variables are updated during the prediction and perception phases. The main drawback of this localization method is that the starting position must be known; if the robot gets lost, it is impossible to find it again. The Kalman filter thus only addresses the position-tracking issue. The Kalman filter technique tracks the robot’s position as it moves, assuming the position is between the first two pillars.

The use of landmarks is one method of locating the robot. Typically, robot designers will create artificial landmarks and place them in the surrounding area. When given a landmark, the robot localizes frequently and precisely during the prediction and perception phases. On the other hand, the robot only uses the prediction phase for localization if it does not see a landmark. If the robot travels for a long time without seeing the landmarks, it might become lost. Because of this, it is crucial to carefully plan the map’s layout and the placement of landmarks. This has the significant drawback of making it difficult to move the robot to a new environment due to the necessity of substantial environmental modification.

According to globally unique localization, a robot could locate itself anywhere in its environment using measurements. The sensors need to be able to provide a lot of data for this to be feasible. The most promising sensors are those for vision, for example.

People can identify a location by looking at a picture of a familiar setting. It could be argued that a robot should also be able to perform this task. The outcomes of extensive research in the field appear promising. The images the robot takes are frequently turned into a “bag of features,” which is then used to find the images in a dataset of the most similar environment. Theoretically, this strategy would succeed in settings with enough distinctive features. However, environments with recurring elements, like big offices with many of the same hallways, could be difficult.

A robot can be accurately localized using active beacons. This method works on the same principles as GPS; beacons are positioned throughout the environment to communicate with the robot and provide localization information. Localizing is very precise if the robot receives signals from at least three beacons. The benefit of this strategy is clear—if the beacons are strategically placed, localizing is incredibly accurate. Furthermore, different robots may use the same beacons. However, setting up such a system takes time and money. The system is not adaptable to changing environments as a result.

Placing routes to the environment to mark the paths the robots can take is another method for enabling robot localization. It is possible to create intelligent routes for robots but invisible to humans. Robots can only take preset routes, similar to a railway system. Due to the robot’s ability to sense its location along the route, localization is very precise. AGVs frequently use this sort of system. Even though these systems are precise, they have the same issues as beacon systems.