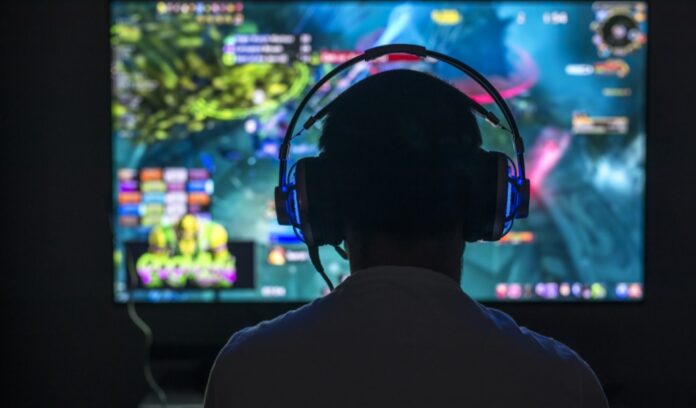 High-speed internet connections and advanced technologies like virtual reality (VR) and smartphones have made online gaming to become the most popular entertainment and pastime for children and young people in our modern society today.

Studies show that online gaming is one of the top activities enjoyed by 9 to 16 year old. There are countless advantages to playing online games. It can provide a fun distraction for children and assist them in developing skills, learning about technology, and connecting with friends.

The online gaming environment is complex and crowded, with too many games ranging from text and graphical-based games to real-time strategy games and massively multiplayer online role-playing games (MMORPG).

These massive online games allow players to not only immerse themselves in epic fantasy by allowing them to create virtual identities and participate in virtual adventures, but also to spend large amounts of time and real money on markets such as Flipkart, and Amazon, where they can sell or purchase virtual game items. Some games even allow players to create or purchase personal property in their virtual world with real money. It has given rise to a new type of criminal activity known as virtual crime.

Therefore, it is critical to understand the potential technological and social risks involved in online gaming. Many of the risks associated with online gaming are similar to those faced by computer users, but the games pose a greater threat to privacy and computer security. They include:

Essentially, any game that requires a network connection poses a threat to computer security, especially when compared to games that do not require a connection to another computer or the Internet. Malicious individuals may use online game social networks that rely on chat, email, or even voice communication to entice you to visit bogus websites or open email attachments containing malicious software and install them on your computer. The software is then used for a variety of illegal purposes.

When you download game files, the corrupt or malicious software may also be hidden. Game code may not be scrutinized as thoroughly as more widely used commercial software. As a result, game software can occasionally cause “buggy” behavior on your computer or expose unknown vulnerabilities.

Malicious users may be able to remotely control your computer and use it to attack other computers, install Trojan horses, adware, or spyware, or gain access to personal information on your computer by exploiting vulnerabilities.

For example, Independent Security Evaluators, a security research group, recently discovered two vulnerabilities in two popular MMOs, Age of Conan and Anarchy Online. In the case of Anarchy Online, exploiting vulnerable code will allow attackers to read files from a gamer’s computer, crash the games during online play, and take full control of the exploited computer.

Two of the most widely discussed social risks associated with online gaming are identity and privacy risks. Although computer games were once considered solitary pursuits, the majority now features an online community that converses, chats, or sends instant messages while playing. Some intruders try to exploit software vulnerabilities by using the social interaction of the online gaming environment, while others may try to do any of the following:

Suppose a malicious person can gather information about you from your online profiles and other sources. In that case, they may be able to use it to open accounts in your name, resell it, or gain access to your existing financial accounts. More than a thousand gamers in South Korea had their identities stolen as a result of a fantasy game called “Lineage.” Without their knowledge, game accounts were created in their names. People were rumored to be trying to make money by selling virtual weapons and abilities in the game.

The term “virtual mugging” was first coined when some players of Lineage II used bots to defeat other players and take their items. Following reports of virtual mugging and the online sale of stolen items, Japanese police arrested a foreign exchange student in August 2005. There are already a large number of game players who have been victims of virtual crime. In 2003, over 22,000 cases of various types of a virtual crime involving games were reported in South Korea, a country with a large gaming population.

Virtual sweatshop is an emerging trend in which companies employ people in third-world countries to play a computer game for 8-10 hours a day at a wage or exchange virtual items and currency. Online computer games open virtual sweatshops using low pay in poor countries to provide wealthy Western players services. There are now approximately 350 such games, and the most popular of them has more than 300,000 subscribers, each paying a monthly fee to keep their place. In this way, players in third-world countries can be economically exploited by people looking for new ways to profit from the new online economies.

The gaming community in South Korea has also seen the emergence of organized crime. As a result, “protection” rackets have been reported, in which criminal organization gamers threaten weaker players with negative consequences unless they pay virtual or real protection money.

A 17-year-old boy created a “cyber-brothel” using the game alias “Evangeline” in “The Sims Online.” Customers paid for cybersex by the minute with sim-money (“Simoleans”). Although his account was terminated, no legal action was taken against him.

How to protect against the risks

The following are some of the most important aspects of personal computer security: