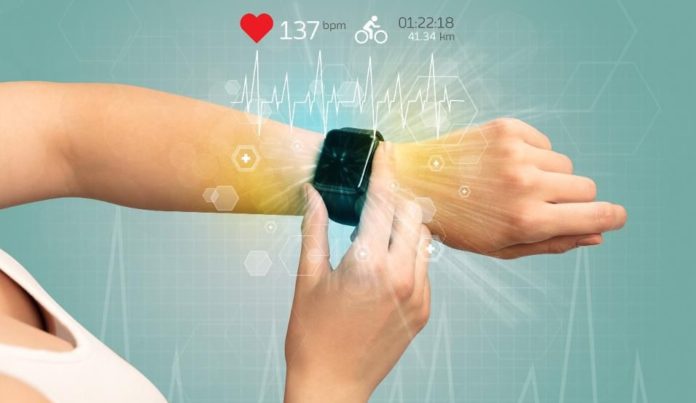 In the US, an estimated 40 million people have smartwatches or fitness trackers to monitor their health. A growing number of wearable activity trackers (e.g., Fitbit, Xiaomi, Garmin, Samsung Gear Fit) provide an opportunity for self-monitoring and the potential to change personal behavior towards a healthier lifestyle. Wearables increase people’s awareness about their general health by give users constant access to personalized fitness data. But many users raise concerns over inaccurate health measurements or malfunctions.

According to a new survey by Manifest conducted across the US to learn how they use wearables, more than half (54%) said they were concerned about relying too heavily on a system prone to technical errors and inaccurate measurements. More than one-third of people (38%) say tracking exercise is the primary health benefit of using a wearable, while 26% prioritize monitoring heart rate and other vital signs. A smaller percentage of respondents worry about the complexity of interpreting wearable data (12%) and data security (10%). Inaccurate measurements can lead to negative consequences for people relying on their devices. Experts say that wearables can be used as a health tool but never as a definitive health solution.

The accuracy in wearable devices is directly connected to the sensors, the key components in all wearable devices. There are mainly eight kinds of sensors used in wearable devices, such as accelerometers, gyroscopes, magnetometers, GPS, heart rate sensors, pedometers, pressure sensors, etc. These sensors measure distance, velocity, and acceleration via integration/differentiation with respect to time.

In fact, all sensors are physical instruments, which convert the physical data in performance terms. Filtering gives the users a representation of their performance. Producing calculations with precisely monitored body movements and quantifying them in a way that consumers understand is a smart procedure, but how well the sensors measure body movements is a concern entirely. Readings that users see are not just the quantities that are measured by the sensors but what the program is told to do with these data. The conversions, algorithms, and data processors of the monitored quantity are all equally responsible for the accuracy of sensor readings.

Tests show that accuracy is higher when doing exercises of low to moderate intensities or when doing consistent movements, such as jogging. This is also the case when the sensors are exclusively measuring one attribute. However, accuracy differs more when players engage in various high intense activities and constantly change agility. This leads to sensors not producing accurate readings. The difference in wearable readings indicates that the sensors used are not consistent enough, giving the range of error. This directly links to algorithms. If the algorithms don’t make adjustments to consider other data sources, then the device could provide inaccurate reading that should not be used to adjust behaviors or medical treatments.

Notably, the makers of most monitoring devices clearly state that they are not intended for medical purposes. For example, Fitbit declares that its product is not a medical device, and the accuracy of Fitbit devices is not meant to match medical devices or scientific measurement devices. Similarly, Garmin makes it clear that its Vivosmart device is for recreational purposes and not for medical purposes and that inherent limitations may cause some heart rate readings to be inaccurate.

People use wearable devices largely due to the convenience and low cost. Clearly, there are trade-offs they are made to accommodate factors such as size, cost, and comfort. When you make the sensor system smaller to reduce the size of the wearable devices, you sacrifice accuracy. On the other hand, you can make the sensor system slightly larger to improve accuracy and to enable better output, but this has an impact on the overall size of the device. Therefore, one can not simply expect dramatic reliability and accuracy, unless there are fundamental changes in the sensor technology. This does not reflect the quality of the devices, but rather an inevitable technological limitation of sensors and algorithms we use today.