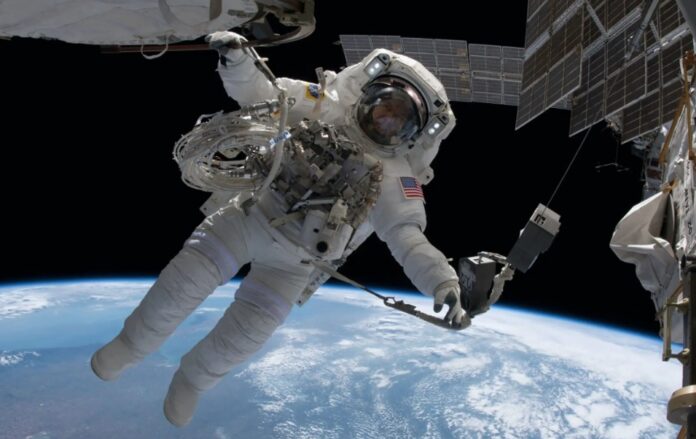 Sending robots to space for exploration and other critical missions is cheaper and more efficient than sending human astronauts. Why? Robots can survive in space for many years transmitting information back to Earth without eating, sleeping, or going to the bathroom, and can be left out there—no need for a return trip!

Besides, robots can perform a variety of tasks that humans cannot. Some can withstand extreme temperatures or high levels of radiation. Robots can also be programmed to perform tasks that would be too dangerous or impossible for astronauts to perform.

The Space Shuttle remote manipulator system, successfully demonstrated in the STS-2 mission in 1981 and is still operational today, was the first robotic manipulator arm used in an orbital environment. This achievement ushered in a new era of orbital robotics and sparked the development of several mission concepts in the scientific community.

One ultimate goal is the application to the rescue and servicing of malfunctioning spacecraft by a robotic free-flyer or free-flying space robot. This segment of orbital robotic systems includes systems like the space shuttle remote manipulator system (SRMS), ISS-mounted manipulator systems, ROTEX, ETS-VII, ranger, and orbital express.

The SRMS is a mechanical arm that moves a payload from the Space Shuttle orbiter’s payload bay to its deployment position before releasing it. It can also capture and free-flying bertha payload in the orbiter’s payload bay. It was first used on the second Space Shuttle mission, STS-2, in 1981 and has since been used more than 100 times on Space Shuttle flight missions, performing tasks such as payload deployment and berthing, as well as assisting human extravehicular activities (EVAs). The cooperative use of the SRMS with human EVAs has also completed servicing and maintenance missions for the Hubble space telescope and construction tasks for the International Space Station.

Also called space station remote manipulator system (SSRMS) or Canadarm 2, these are in the next generation of the SRMSfor use on the International Space Station (ISS), an outpost of the human presence in space, and a flying laboratory with substantial facilities for science and engineering research. The SSRMS plays a key role in the construction and maintenance of the ISS by assisting astronauts during EVAs and using the SRMS on the Space Shuttle to hand over a payload from the Space Shuttle to the SSRMS.

The robot technology experiment (ROTEX) by the German Aerospace Agency (DLR) is one of the most significant milestones in robotics technology in space. In 1993, the Space Shuttle COLUMBIA (STS-55) flew a multisensory robotic arm. Several key technologies, such as a multisensory gripper, teleoperation from the ground and by astronauts, shared autonomy, and time-delay compensation using a predictive graphic display, were successfully tested despite the robot working inside a work cell on the shuttle.

Engineering test satellite (ETS)-VII was another milestone in developing space robotics technology, particularly satellite servicing. ETS-VII was an unmanned spacecraft developed and launched by Japan with a two m-long, six-degree-of-freedom manipulator arm mounted on its carrier (main) satellite. The mission was to test free-flying robotics technology and demonstrate its utility in unmanned orbital operation and servicing tasks.

Ranger is a teleoperated space robot consisting of two seven-degree-of-freedom manipulators with interchangeable end-effectors to perform such tasks as change out of orbital replacement units (ORUs) in orbit.

Orbital Express is a DARPA program developed to validate the technical feasibility of robotic on-orbit refueling and reconfiguration of satellites, as well as autonomous rendezvous, docking, and manipulator berthing. The system consists of the autonomous space transport robotic operations (ASTRO) vehicle and a prototype modular next-generation serviceable satellite, NextSat. After its launch in March 2007, it conducted various missions, including visual inspection, fuel transfer, ORU exchange, etc.

The research on surface robotic systems for surface exploration began in the mid-1960s, with several initiatives of building unmanned, teleoperated rovers, such as the Lunokhod and Apollo manned rover. Today, these autonomous robotic vehicles are considered indispensable technology for planetary exploration.

Lunokhod 1, and Lunokhod 2, which were eight-wheeled skid-steered vehicles having a mass of about 840 kg, were the first remotely operated robotic space surface vehicles launched on the Moon. Lunokhod 1 operated for 322 Earth days and returned over 20 000 TV images, 200 high-resolution panoramas, and the results of more than 500 soil penetrometer tests and 25 soil analyses. Lunokhod 2, which operated for about four months, was lost prematurely when it began sliding down a crater slope and caused. The Lunakod crew consisted of a driver, a navigator, a lead engineer, an operator for steering the pencil-beam communication antenna, and a crew commander.

The big step in the development of rover vehicles occurred with the moderate success of Blue Rover, and later on a modified Humvee in the late 1980s, which provided the operators on Earth with an ability to designate global paths using maps that could be developed from orbiter imagery and then having the vehicle autonomously refine and execute a local path that avoids hazards. It led to a NASA-funded effort to develop a new vehicle called Robby, a larger vehicle that could support the onboard computing and power needed for untethered operation. This was the beginning of the future generation of autonomous rovers, including the Mars exploration rovers credible for actual flight missions.