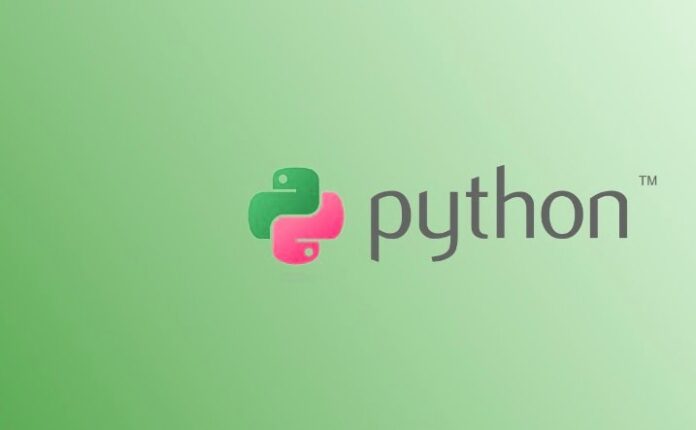 What makes Python so popular with these developers? This question cannot be fully and accurately answered. The estimate is based on various information, including developer surveys and download rates. Certain limitations or individual preferences might also influence the selection of development tools.

In general, though, Python enjoys a large user base and a very active developer community. Statistics say that jobs related to Python are booming. Indeed currently lists more than 70,000 jobs, while Glassdoor has about 90,000 current openings! Let’s now briefly understand what makes Python so popular among developers.

Many believe that Python stands out from other scripting tools because of its general emphasis on readability, coherence, and software quality. Much more so than traditional scripting languages, Python code is intended to be readable, reusable, and maintainable. Even if you did not write the code, Python is uniform, making it simple to understand. Python offers extensive support for more sophisticated software reuse techniques like object-oriented programming (OOP).

Python has been designed with a coherent programming model and a deliberately straightforward and readable syntax. The result is that Python seems to “fit your brain,” as evidenced by a slogan at a recent Python conference. This is because the language’s features interact in predictable and constrained ways and flow logically from a finite number of fundamental ideas. As a result, the language is simpler to learn, comprehend, and recall. Python is a consistently designed system that many find produces regular-looking code, so programmers do not need to constantly refer to manuals when reading or writing code.

Python takes a philosophy that leans toward minimalism. Even though there are frequently multiple ways to complete a coding task, there is typically only one obvious solution, a few less obvious alternatives, and a limited number of compelling interactions throughout the language.

Python increases developer productivity more than compiled or statically typed languages like C, C++, and Java. Python code is typically between one-third and five times smaller than C++ or Java. That implies there will be less to type, debug, and maintain after the fact. Programmer speed is further increased by Python programs’ immediate execution, which avoids the lengthy compile and link processes required by other tools.

A python is a tool that enables programmers to complete more tasks with less effort, in other words. With its simple syntax, dynamic typing, lack of compile steps, and built-in toolkit, programmers can create programs in a fraction of the time it takes to do so with other tools. This is done on purpose. Overall, Python typically increases developer productivity many times over that supported by conventional languages.

On all popular computer platforms, the majority of Python programs function unchanged. For instance, copying a script’s code between computers is typically required to port Python code between Linux and Windows. Additionally, Python provides various options for creating portable GUIs, database access programs, and web-based systems. Python makes it possible for operating system interfaces, such as processing directory requests and launching programs, to be as portable.

The common Python implementation is written in portable ANSI C, and it currently runs and compiles on most of the popular platforms. For instance, Python applications are currently supported by everything from PDAs to supercomputers. The standard library modules with Python are also designed to be cross-platform compatible, much like the language interpreter. Additionally, Python programs are automatically converted into portable byte code that can be run on any platform by installing a compatible Python version. This means that Linux, Windows, and most other systems with a Python interpreter can run Python programs written in the core language and using the standard libraries.

Python’s standard library is a sizable collection of prebuilt and portable functionality. Text pattern matching to network scripting is just a few application-level programming tasks this library supports. Python can also be enhanced with custom libraries and a sizable selection of third-party application support tools. The third-party domain for Python includes tools for creating websites, numerical programming, serial port access, creating games, and much more. For instance, the NumPy extension has been referred to as a more capable and cost-free alternative to the Matlab numeric programming system.

Python scripts can easily communicate with other application components using various integration mechanisms. Thanks to these integrations, Python can be used as a tool for product customization and extension. Python code can now access C and C++ libraries, be called from C and C++ programs, integrate with Java and.NET components, communicate over frameworks like COM, connect to hardware via serial ports, and communicate with other computers via networks using interfaces like SOAP, XML-RPC, and CORBA. It cannot be used independently.

Since its inception, Python has been an object-oriented language. Its class model supports complex ideas like polymorphism, operator overloading, and multiple inheritances, yet OOP is remarkably simple to use in Python, given the language’s straightforward syntax and typing. If you don’t know what these terms mean, Python will make it much simpler for you to learn them than almost any other OOP language. Python’s OOP characteristics make it the perfect scripting tool for object-oriented systems languages like C++ and Java, in addition to acting as a potent code structuring and reuse tool. For instance, Python programs can subclass (specialize) classes created in C++, Java, and C# with the right glue code.

Equally important, OOP is a choice in Python; you can advance without instantly becoming an expert in objects. Python supports both procedural and object-oriented programming styles, much like C++. If and when restrictions permit, it can use object-oriented tools. This is especially helpful in modes of tactical development that do not allow for design phases.

Python can be considered a hybrid in terms of features. Its toolkit is in the middle of the systems development language (C, C++, and Java) and conventional scripting language spectrum. Python offers more sophisticated software engineering tools typically found in compiled languages, along with all the simplicity and usability of a scripting language. Unlike some scripting languages, this combination makes Python useful for large-scale development projects. Here are some of the main things you’ll find in Python’s toolbox: