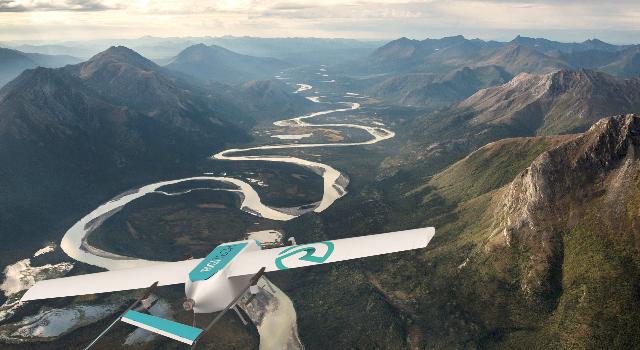 Rigitech is a Swiss startup that offers drone delivery to integrate supply chains through hybrid drone hardware and cloud-based logistics. Its drones combine vertical takeoff and landing technology with fixed-wing range capabilities. The drones can carry up to 3kg, which it says represents more than 80% of parcels shipped today, with an 80km flight range on one battery.

Founded in 2016 by Jack Schorsch in Delft, The Netherlands, IM Systems (IMS) develops the Archimedes drive, a planetary transmission that uses friction instead of gear teeth to transmit torque. The company claims the Archimedes Drive offers low-input friction, minimal backlash, and ratios of 10,000:1. IMS is targeting the drive at robotics companies, but it could have other applications.

Aether Biomedical is a medical device innovation platform, designed to increase the involvement of medical fraternity in the process of medical technology innovation. Its first product is called Zeus, a low cost-high efficacy prosthesis. This bionic limb can multiarticulate 14 grip modes.

BLITAB Technology is the company behind Blitab, the world’s first tablet computer for blind and visually impaired people. Blitab is the first-ever Braille tablet to create tactile text and graphics in real-time. The tablet uses small bubbles that present text in Braille to enables its users to read and write text. Furthermore, it offers e-readers, tactile displays, input and output text files, and text-to-speech software.

MX3D is an innovative company that developed a groundbreaking manufacturing method by building large scale Robotic 3D metal printing. They can 3D print metals and resin in mid-air, without the need for support structures.

Robotical is a UK-based company that made Marty the Robot, a real robot designed to teach kids about robotics and STEM. Marty comes as a kit or pre-built. Marty is Wi-Fi enabled and has nine individually controllable servo motors. You can use an app to remote control Marty and add a bunch of sensors to react to the environment.

Scaled Robotics is a Spain-based company that deploys robots capable of navigating construction sites autonomously to collect 3D maps and upload them to an AI-powered software platform for analysis. These maps are uploaded to the cloud to track the progress of a job and the quality of the construction to find potential mistakes.

Axiles Bionics is a Brussels based spin-off from the Vrije Universiteit Brussel (BE), striving to improve the quality of life of amputees by bringing the next generation bionic feet to the market. AMP-Foot is a prosthetic ankle-foot prosthesis capable of bringing back a natural gait and posture during daily life activities, being flexible and highly responsive to the person’s intention and the environment.

Israel-based Automato Robotics develops a robot for harvesting fresh tomatoes in passive greenhouses. The robot works in soil/greenhouses/high tunnels to detect ripe tomatoes and can currently carry 90kg directly on the robot or tow much heavier loads.

Cyber Surgery develops a robotic assistant for spine surgery. Founded in 2017, it is a spin-off from the industrial group Egile and has its headquarters in San Sebastian.

Denmark-based Proxima Centauri specializes in the automation of the picking and sorting of natural casings.

Kinfinity is a German startup, developing the Kinfinity Suit and Kinfinity Glove, a new generation of multi-modal input device for use in virtual reality applications, robotics, gaming, and more. It gives you the power to touch, to grasp, and to perform any movements you wish – precisely and without need to learn new control methods.

A Politecnico di Milano’s spin-off startup founded in 2018, Moi Composites aims to redefine the manufacturing of composites materials exploiting all the potentialities of robotics, artificial intelligence, and additive manufacturing. It is the natural result of research called “Atropos,” born inside +LAB, the 3D printing lab of the Politecnico di Milano university focused on exploring the possibility of using thermosetting short, and continuous, fiber composite materials in additive manufacturing.

Denmark based Life Science Robotics builds a rehabilitation robot ROBERT, focusing on active resistive and assistive mobilization of the lower extremities. It uses a KUKA LBR iiwa collaborative robot arm to release healthcare workers of heavy and continuous lifting, which can cause physical strain and pain in the back, loin, wrists, and shoulders.

Subsea Mechatronics is an R&D startup focussing on agile design and fabrication of prototypes involving mechanics, electronics and software in the subsea, aerospace, and bioengineering sectors.

German startup Formhand makes granulate-based vacuum grippers that can adapt to and handle objects with different shapes. The Formhand grippers feature a modular design that the company says makes it easy to scale the technology.