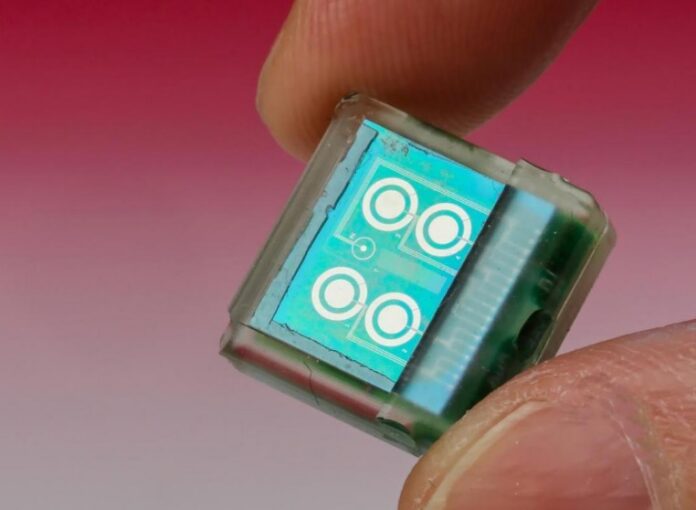 Sensors are like our five sense organs responsible for sending information to our brains to understand and perceive the world around us. Sensors obtain and respond to stimuli, and signals originated from our environment.

Technically, a stimulus triggers a chemical interaction in the sensor device, initiating the conversion of information into an electrical signal, transmitted to a processing unit to further carry out the detection response.

All sensors are composed of two parts: receptor and transducer. A receptor receives the physical and chemical stimulus and transmutes the information in the form of electrical energy. The transducer performs the function of transducing this energy into a valuable analytical signal, which is further analyzed and presented in an electronic form.

Biosensors are a hybrid of physical and chemical sensing techniques that can interpret biological molecules’ biophysical or biochemical properties, such as cells, genes, DNA, RNA, and proteins/enzymes. They detect and observe specific biological analytes like antibody-antigen interaction and molecular interactions in biological molecules.

Biosensors are medically used for accurate and precise detection of tumors, pathogens, elevated blood glucose levels in diabetic patients, and other toxins. The food industry uses them to detect gasses released from spoiled food, detect food contamination, or check and minimize bacteria or fungus growth in fresh food.

From an environmental point of view, biosensors can detect pollution in the air and the presence of any pathogens, heavy metals, etc. In military defense systems, they are used to detect the presence of any harmful biological materials that would otherwise remain undetectable and cause death.

This post will explore some of the most recent applications of biosensors in agriculture, biomedicine, food, and environmental studies.

Most biosensors, being used in the medical field for the past several years, examine molecular interactions phenomena in various forms at different scales. Enzyme-substrate sensors are one of the most commonly used sensors for biomedical applications. The demand for glucose sensing technologies has grown considerably due to the growing number of people affected by diabetes mellitus every year. Therefore, there is a steady rise in the use of biosensors for glucose detection. The enzymes of glucose oxidases (G-ox) and glucose dehydrogenases are the two conventionally utilized enzymes effectively employed at quite a large scale for glucose detection. Another significant field is the use of nanoparticles (Nps) as a sensing medium.

In tissue engineering, biosensors play a significant role in various applications, such as manufacturing organ-specific chips and maintaining the 3D integrity and configuration of the cell cultures. Living metabolic cells are eminent for transmuting and transferring numerous signals (physical/chemical) in and out of the medium. These signals could be in any form, such as variation in ionic concentration, pH, protein content, oxygen ingestion, etc. Hence, monitoring these incoming/outgoing analytes could be directly utilized for acquiring real-time insights into the cell.

DNA concentration, generally up to 10-8, could be detected by electrical, optical, and electrochemical methods. The use of nanomaterial and quantum dots is also excessively finding its uses here.

Measuring the H2O2 content with accuracy and reproducibility is supreme prominence, both clinically and in tissue engineering. In humans, its content directly indicates the oxidative stress faced by cell or hypoxic conditions of tissues. Various analytic techniques like titration, electrochemistry, and photocatalysis could be employed for H2O2 recognition. A high concentration of this highly unstable species in any biological system is highly injurious and needed to be avoided. It causes cytotoxicity in humans and a large variety of plants, animals, and bacteria.

In tissue engineering, generally employed methods for H2O2 quantification are mostly electrochemical in nature. They pose several difficulties (poor detection, low sensitivity, less portability, and applicability issues on the organic system) to the user. Enzyme-based biosensing has recently found its footing here, too, owing to the biosensors’ manufacturing with relatively high stability and accuracy. This prevailing interest could be attributed to the manufacturing of steady sensor assembly that possesses fully functionalized binding sites of the pertinacious enzyme even after its deposition over some rigid electrode/surface.

In the food industry worldwide, science has contributed to meet consumer demands for fresh and healthy foods. To ensure the safety of processed foodstuffs, specific methods have been adopted by the food industries to sort out the problems leading to food spoilage and the detection and destruction of such chemicals or biological agents that are responsible for the spread of some serious health-related issues. Biosensors are specific, highly sensitive, and quickly responsive to determine the cause of chemical activities that leads to food spoilage.

One of the fundamental principles of biosensors working depends on detecting enzyme-substrate interaction or antibody-antigen complex that can be easily detected. There are many known biosensors, but mainly enzyme-based biosensors and immunosensors are employed in the food industry. The biosensors used for food industries are categorized into three kinds:

Bacteria is a common problem faced by the food industries as they reduce the consumer demands of the food if the food provided by the company gets contaminated with these food spoiling biological entities. Salmonella, a rod-shaped bacterium, is the major cause of food poisoning, leading to excessive water loss and salts from the body. If conditions are not checked properly, it can become fatal under severe cases. Food industries had been striving to eliminate the cause of food poisoning by timely detection and removal of this bacterium. For monitoring Salmonella, piezoelectric biosensors are commonly used that can detect monoclonal antigen-antibody complex quickly and easily.

Besides bacteria, fungi are also the common cause of food spoilage and causing severe health-related problems that may prove to be life-threatening in most cases. Fungal toxins can be detected using optical SPR biosensors, and after detection, steps to remove them from food products can be taken.

Biological sensors have some great potential for monitoring many harmful environmental agents responsible for causing some serious health hazards to humans and the ecosystem that includes water, soil, and air. Different biosensors, based on enzymatic inhibition and DNA with high specificity to certain DNA, RNA, or proteins, are used to remove contaminants like pesticides, other toxins, and heavy metals from the soil, air, and water. Biological sensors can also detect and remove major pollutants like heavy metals, polychlorinated biphenyls, pesticides, Biochemical Oxygen Demand (BOD), nitrogenous compounds, and various pathogens (including many viruses and bacteria).

Heavy metals pose a maximum threat to the health of humans, and their hyper-accumulation leads to various inappropriate health conditions, as they cannot be easily biodegraded. Several types of biosensors have provided great success in detecting and monitoring the toxic levels of heavy metals.

Polychlorinated biphenyls are non-biodegradable agents used in various types of herbicides and insecticides that though prove to be suitable for pest control. The accumulation of PCBs in the soil can cause serious health problems, including cancers. Biosensors have been most promising in the past years in the precise detection of these organic compounds in foods and soils, using immunological biosensors that monitor antigen-antibody interaction using piezoelectric transducers.

Microorganisms that live in sewers and wastewaters usually break down organic compounds to produce toxic substances. Biochemical oxygen demand (BOD) is the amount of molecular oxygen (O2) required by microorganisms to thrive in wastewater and is mostly needed to break organic compounds. This leads to increased environmental pollution in water sources. Biosensors were first used in 1983 for BOD level monitoring.

Organophosphates commonly used as insecticides (pesticides) pose changes to the soil fertility, thus damaging many beneficial insects and microbes in soil and leads to the loss of biodiversity. For their detection, nanotechnological sensors are used to measure toxic levels of these pesticides in soils and in water.