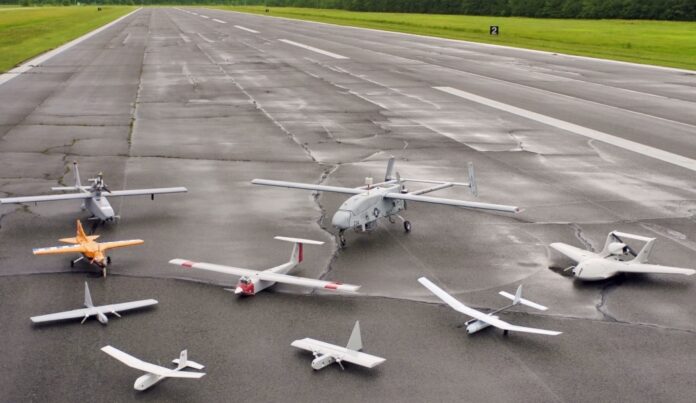 The beginning of contemporary use of Unmanned Aerial Vehicle (UAV), also known as drones, can be traced back to attempts undertaken during the ﬁrst World War when an aircraft was built for aiming practice. However, the development of UAVs capable of effectively taking part in an armed conﬂict took off several decades later.

The major motivator for ﬁnancing and developing drones strictly for the military purpose was an imminent threat during the Cold War, when the Soviet Union captured U2, a US spy aircraft, in 1960. President Dwight Eisenhower decided to pursue a program of development of UAVs to avoid human losses, pilot apprehensions, and leaks of sensitive and highly classiﬁed military know-how.

Traditionally, US Department of Defense (DoD) procurement has dominated the UAV market. UAVs are extensively used by all branches of the United States military, representing 87% of the industry revenue. The military UAVs are mostly used on long-duration missions for Intelligence Search and Reconnaissance (ISR) or precision strikes. This post lists down the top military drones in the US.

An Army variant of the MQ-1 Predator, the MQ-1C Gray Eagle, gives the warfighter access to ten Army divisions’ worth of dedicated, guaranteed, multi-mission UAS capabilities to support combat operations, Army Special Forces, and Intelligence and Security Command. The MQ1C Gray Eagle can fly for at least 27 hours at a maximum altitude of 25,000 feet and a maximum speed of 150 knots. Electro-optical sensors, synthetic aperture radars, communications relays, and four Hellfire missiles can all be carried on board.

The MQ-1C Gray Eagle flew more than 494,000 hours in FY2019, achieving a 92% combat operational availability, according to the FY2021 Selected Acquisition Report. The Army has purchased 204 aircraft in total, of which 13 are “operational readiness float aircraft” and 11 are training aircraft (i.e., spares). The system’s average procurement unit cost, or the price of a finished good in its entirety, is $92.9 million. 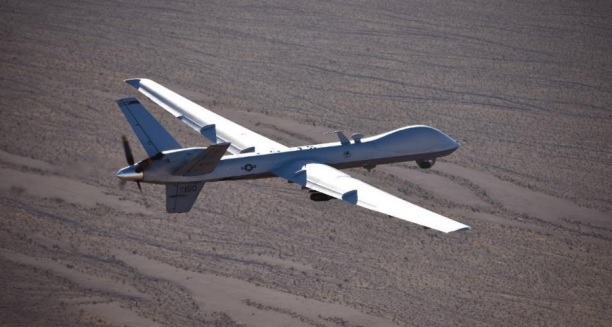 The MQ-9 Reaper can now travel 1,400 nautical miles and reach a maximum altitude of 50,000 feet while maintaining an airspeed of 240 knots and an endurance of 24 hours. The MQ-9 Reaper’s ordnance capacity, however, is what sets it apart from its predecessor the most. The MQ-9 Reaper can carry up to 16 Hellfire missiles, equal to the payload capacity of the Army’s Apache helicopter, or a combination of 500-pound weapons and Small Diameter Bombs. In contrast, the MQ1 Predator could only carry two 100-pound Hellfire missiles. MQ9 Reapers flew for a total of 325,000 hours in 2018; 91%, or roughly 296,000 hours, were spent supporting combat operations. 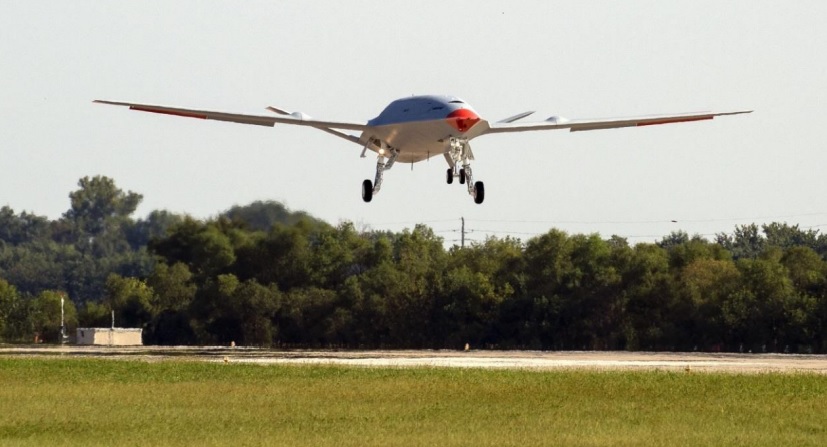 The MQ-25 Stingray comprises an air vehicle and a command structure that can be mounted on an aircraft carrier. In September 2019, it completed its initial flight. The Navy intends to start procurement of the MQ-25 Stingray in FY2023, and the acquisition process is currently in the engineering, manufacturing, and design stages. The Navy plans to purchase 76 aircraft at an average cost of $121 million, according to the FY2021 Selected Acquisition Report. 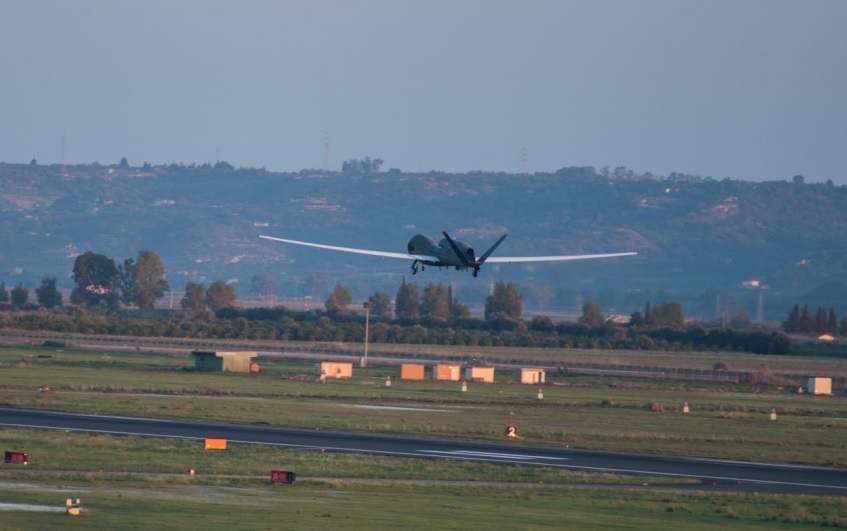 The RQ-4 Global Hawk from Northrop Grumman is the Air Force’s largest and one of its priciest UAS currently in service. The RQ-4 Global Hawk has a broad surveillance payload and is widely regarded as having performance capabilities that are on par with or better than most manned spy planes. The size and weight of the RQ-4 Global Hawk are comparable to a medium-sized business jet at 47.6 feet long and 32,250 pounds. The RQ-4 Global Hawk, according to the Air Force, can stay in the air at the height of 65,000 feet for more than 34 hours and flies at nearly twice the altitude of commercial aircraft. It can travel 5,400 nautical miles to a target location, hover at 60,000 feet for 24 hours while keeping watch over an area roughly the size of the state of Illinois (nearly 58,000 square miles), and then return.

The RQ-4 Global Hawk was initially intended to be an autonomous drone, able to launch, fly, and land in response to preprogrammed inputs to the aircraft’s flight computer. However, the Air Force routinely employs a mission control pilot and sensor operator to fly these aircraft. Block 20, Block 30, and Block 40 are the three configurations of the RQ-4 Global Hawk that are currently in use. The RQ-4 Global Hawk had logged 140,000 flight hours as of the FY2016 Selected Acquisition Report (100,000 hours of which supported combat operations). In FY2014, the typical procurement unit cost was $122.8 million (or $141.1 million in FY2022-adjusted dollars). 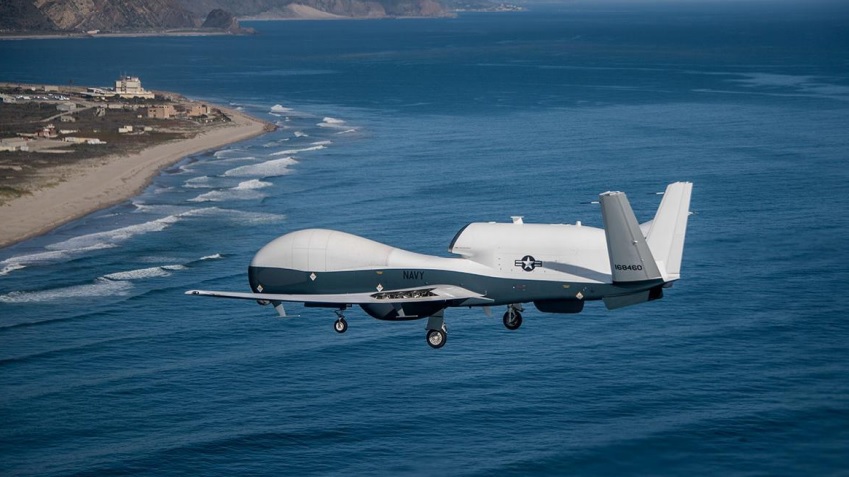 The MQ-4C Triton system, also known as the Broad Area Maritime Surveillance (BAMS) system, is used by the Navy to support maritime patrol operations alongside the P-8 Poseidon manned aircraft. It is based on the Global Hawk Block 20 airframe but uses different sensors. The mission sensors mounted on the MQ-4C Triton provide 360-degree radar and electro-optical/infrared coverage, according to the FY2020 Selected Acquisition Report. According to the report, the Navy planned to achieve operational capability in October 2020 and decide whether to go into full-rate production in May 2021.

The Director of Operational Test and Evaluation stated in a 2019 annual report that the Navy completed its operational assessment of the aircraft, supporting a decision to field it quickly. The average procurement unit cost for the MQ-4C Triton is $146.1 million in FY2016 dollars (or roughly $162.6 million in FY2022 dollars). In the Gulf of Oman in June 2019, the Iranian military downed an MQ-4C Triton, also known by the DOD as a BAMS aircraft. According to a Navy press briefing, the aircraft was in the area to watch the Strait of Hormuz for Iranian threats to commercial shipping.

Although the RQ-170 Sentinel is acknowledged in the public eye and is sometimes referred to as “the Beast of Kandahar,” most information about it is classified. The RQ-170 Sentinel is a diminutive “flying wing” that is more stealthy than other US UAS. It was first spotted in the skies over Afghanistan but is believed to have operated out of South Korea. According to reports, an RQ-170 Sentinel carried out surveillance and data relay in connection with the attack on Osama bin Laden’s compound on May 1, 2011. Following an alleged intrusion into Iranian airspace on December 2, 2011, the Iranian government asserted that it still had an intact RQ-170 Sentinel.

The RQ-170 Sentinel, which Lockheed Martin made, has a wingspan of roughly 65 feet, is almost 15 feet long, and is propelled by a single jet engine. On the wing’s upper surface, there are two sensor bays (or satellite dish enclosures). Although the RQ-170 Sentinel has a blended wing/fuselage design that is inherently low-observable, similar to the B-2 stealth bomber, its conventional inlet, exhaust, and landing gear doors raise the possibility that the aircraft’s design isn’t fully optimized for stealth. The RQ-170 Sentinel is a low observable unmanned aircraft system (UAS) that the Air Force is currently developing, testing, and fielding, according to the Air Force. There is no current official status available.